Americans Are Falsifying Resumes Nearly 85% of the Time! 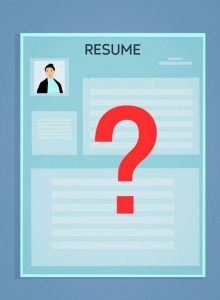 Is this resume informing or misleading you?

Falsifying resumes is not part of my cultural background. That problem has gotten serious in the US as the moral boundaries of the US get weaker for various reasons. I learned how important getting trustworthy people is in 1997 here in China. I halved the time on my factory start by not compromising on character in the hiring.

I then spent the next 12 years perfecting a system to get Trustworthy Talent. More and more we see its need in Western Companies abroad and not just in China.

Falsifying Resumes Has Become a Deep Problem in the US

In the past 18 years the moral fiber of America has been going down. A local newspaper in Michigan did some research and made some startling discoveries.

The statistics concerning résumé fraud are grim. One survey estimates that as many 85 percent of all job seekers submit applications and résumees that contain intentionally misleading information. The misrepresentation involves work experience, criminal history, inflated past salaries and education credentials. It is not confined to workers who seek labor versus managerial or administrative positions.

This confirmed our suspicions. We find that over 70% of candidates for Western Companies in China have material falsehood in their resumes. Their statement that as many as 85% falsify is very close to what we have found here in China. Our suspicion is that Western Countries are not far removed from China in the need to look further to get consistently good talent.

That hits the pocketbook when you note research showing this:

That’s a lot of money. The cost of higher politics, increased turnover,  and low productivity in companies where 80% of the people have lied their way in is a lot of cost and gray hair.  So companies are asking for background checks. US head hunters then do background checks. We ask them how many people they have rejected from the results, and they say, “None”  We ask a little more and realize that what they are doing is a form without actual substance because the substance is too much work.  Our base in China lowered our costs, so we could make this model happen. We do it because placing 80% liars did not appeal to us. We know it does not appeal to you either.

There is even a website in the US full time helping people do fake resumes. The web site says that since everyone is lying, so you should do it well. Take a look here.

What do you think about that?