Benedict Arnold and Your China Work 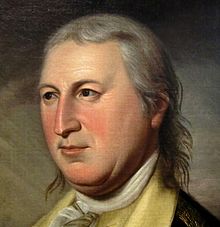 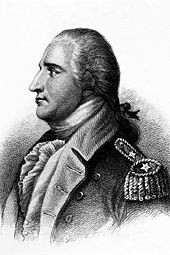 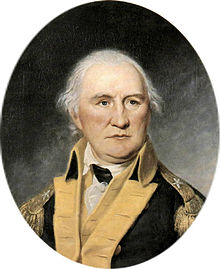 Why did Benedict Arnold betray his country? And what does that have to do with your China work?

People including me talk about people inside your China work stealing your IP and betraying you. I think, from this famous US experience, we can consider how to control the problem in China.

Benedict Arnold is infamous in America for betraying his country. He almost succeeded in surrendering one of the US’s most important military posts. He did succeed in changing sides and fighting against the Americans.

Who do we blame for this event?

Benedict Arnold became a top General for the Americans due to his bravery, initiative in battle, and leadership of men. Not a bad resume or ability in war. In the public record it shows that he made money as a businessman by short changing suppliers and then bribing officials to protect him.  He did the same as a General and found ways to get rich in business while leading areas for the government.

Horatio Gates was a good organizer and paper pusher, but a bad leader of men. He wanted to lead in battle and sought those jobs. Gates knew how to kiss up to top officials so quickly became a 2 star general. He even challenged George Washington for the top spot.

Benedict Arnold had earned the right to be a 2 Star General, but due to not being good at politics be did not get it till much later.   So in the super important Battles of Saratoga, Horatio Gates was in charge. Only through Arnold’s incredible courage, and ability to inspire his men, did the battle succeed for the Americans. In the report, Gates does not mention Arnold at all and takes all the credit!

Not long after, Arnold started talking to the British to sell them his loyalty and an important army base.

Later Gates led in a key battle without Arnold and ran from the Battle of Camden in shame and gave a disaster for the Americans.

Congress gave Daniel Morgan the nod after Gates was let go. He was a genius with loyalty and character. The US Congress overlooked Daniel, and he resigned because of this. We they let Gates go, he went back and saved the American cause in the South at Cowpens.

What Does This Have To Do With Your China Work?

Talented people with a good resume and who can interview well can often gain your trust and may accomplish some things for you. However, they are like ticking bombs. Gates was a paper pusher who should not have been given command. Many paper pushers falsify their resumes and tell us they are key leaders. They tell great stories as they know what happened, but they cannot lead at all. If you hire them, then your Battle of Camden is coming.

Talented people who can actually gain the loyalty of your workforce, but who will work for the competition while collecting your paycheck are more nefarious. They are very good at interviewing but make a mess for you either secretly or publicly. You do not want Arnold in your organization no matter how much talent he has.

Let me go another step in this. After Saratoga, history shows that Gates could not lead and Arnold could. Gates unfairly claimed all credit.  By rewarding a man who was incompetent at Saratoga, we poisoned the man who did the work, and he started helping the competition.

Companies active in China often do the same. They inadvertently hire politicians who take credit for things they did not do and make the good people look bad. The result is we lose the loyalty of people who do real work. They start to work against or just leave and work for the competition.

We Can Do Better to Improve our China Work

In China, we must work very hard to make sure our top leaders are people of character who are not politicians and can give credit where credit is due. We must not have great people reporting to bad leaders. We must clean house as needed. See also End Toxic Work Cultures.

We must background check important hires thoroughly. People who lie to get the offer must be found out before you hire them. It is just these people who are high risk to work for their own benefit and not you. See Interview Performance: Do You Really Want the Best Actors?

When you get the right person, surprising and unexpected successes start to happen like happened to the Americans at Cowpens. Hope you can get your Cowpens success with better smarter hiring.