Build Culture to Align with People? 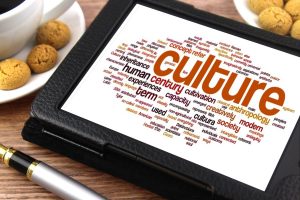 Reading a recent HBR article. A query rose in my head. Should we build culture to align with people?

My baseline is some adjustments could help. My main thought is that companies hire a lot of different people with very different values. It would be hard to do in many cases.

My only success in leading many different organizations came through finding people with the same values as I have and want to implement. Then hiring and empowering those people. When I have hired people who did not have my values and then tried to change them, I have failed.

Cultures must be built with aligned people and not trying to use gimmicks and training to get people whose hearts are not on the same page together. One quote from the HBR article resonated with what I have seen here.

According to a recent survey by the National Bureau of Economic Research, 85% of CEOs and CFOs believe an unhealthy culture leads to unethical behavior

Unethical behavior occurs because messy hiring leads to bringing on unethical people who also drag others down in the company. Result is not only individual corruption, but even conspiracy that is very hard to catch. It is a bad culture harming you instead of helping you.

So the chicken or the egg seems at issue. I see that messy hiring leads to hiring unethical people who influence others to also be unethical.

I totally agree we need to have a good culture to protect us against unethical behavior, but I see training in culture development can do little if the raw material of hiring is messy. See also How to Have a Great Company in China.

If you are self aware that most hiring is less than 70% successful, that is a first step.  If you see that the first year does not always make clear who made the culture more complicated. Then you are close to solving the culture problem.

We reach to over 95% success in placing people who make the culture better. We readily apologize for the rare cases we miss and replace them.