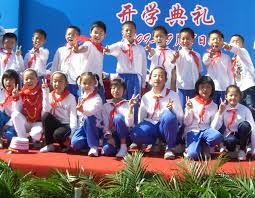 Are many learning what you need?

Character and Personality are important and very different.

Character is related to our integrity, loyalty, and even our humility. We are not born with good character. We are born very selfish and able to lie from the very start.

Character and Personality- Are We Born With Character?

When my first child was a baby, she started to actively crawl at 6 months. Very quickly she found that the toilet was more fun than other things she could reach. Her mother, my wife, told her this was wrong and took her away. Not long after, she saw that our daughter was missing and knew that she was off to the bathroom again. She went over and our daughter was at the toilet. Our daughter immediately and adroitly swirled around to pretend that she was in the bathroom just to admire the tiles.  My wife was shocked. It was not that she had disobeyed, but that she could so naturally attempt to deceive at age 6 months. No training was needed. Two more children and a dozen years later, we are not so surprised and guess any parents reading have the same feeling. So we are born with character and it is bad character in the area of lying.

Yet we know people who are trustworthy, though likely not many.

What If the Opposite Is True?

In China it is common for parents to teach children that they must lie to get ahead. Given that all my children could lie from birth, that teaching should be assured of success. Some Chinese adults have an emotional heart attack or point of change during their life and stop lying gradually or instantly.  Most become better liars over time and never turn back. American Business Magazine has up an article on developing character in ourselves. The article also shows that you cannot hire people and train character.

Clearly if we employ people whose words are just tools to get them what they want and not linked to reality, then we cannot build our business. Most people do not lie all the time. They only lie under pressure in important times. Of course, these are the times that harm our business.

Resumes do not say, “had a heart attack” or “note progress in character.” So a deeper effort to uncover the skillful liars is needed. Thus, we started this business. Next week, let’s talk about personality.

Posted in: Being the Right Person, China Recruitment - Getting Good People