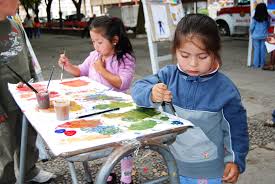 From earliest childhood, the lifelong personality can be seen.

Personality focus in this post as it is also important in hiring and leading. This is a companion with one I put up last week.

While Character potentially changes throughout our lifetime, Personality does not.

Personality Focus as Part of the Story

Though I have lived in China 20 plus years and am immersed in a Chinese world, my native language surely has never changed and neither did my personality. The personality is even more permanent than language.

Back to a baby story. We bought a crib for the birth of our first child. She slept in it till she was 2 and then her brother was born. He could not sleep in that crib. His mother puzzled on this and put softer material in the crib to make it more comfortable. Then he slept well. Our two children at birth had two very distinct personalities and preferences.  Those baby differences revealed long-term differences in these two children. In fact, their personalities are quite opposite in the very direction showed by their sleeping in infancy.  Once again, I think those of you with multiple children will nod your head to this.

Personality and Character are Different

By personality, you cannot project who will have good or bad character. You can only estimate from personality where they are at most risk to fail in their character.

In the West where we give children more freedom to choose their own colleges and majors, you can see college students change majors commonly. Sometimes they even change colleges.  This does not happen to any great degree in China. Children go to a college and a have a major chosen by their parents even though it is totally uncomfortable for their base personality.  As an example, I still am surprised when interviewing super emotional and creative people working as accountants in China. I cannot claim to have seen this in the West.

Sometimes this creates opportunities that are not as common in the West.  Very relational and outgoing people get degrees in very technical topics of material science which does not often happen in the West. These folks often move over to sales quickly in their careers and do very well as they have deep technical ability that people like them do not often get in the West where those people left those majors.

Personality is important. Character is more important. Both are part of what you get when you hire.

We never see personality type as a red flag. To understand personality gives us a better picture of the candidate and helps us help you get great people.