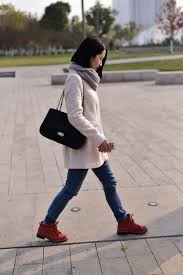 Has anyone noticed how China is a nervous country? Have you felt Nervous China?

If you go to nearby countries, you get the definite feeling that China is the nervous country.

Children going up on stage for a school performance in the West or in China shows a lot about the nervous country.

The Western culture is open to mistakes and wants people to find themselves. China is nervous and the performance is do or die. Even small children act with remarkable precision.

The US goverment is to my chargrine a reflection of where America is right now. It is angry at everyone like a victim that has been mistreated. It looks so bad on the world’s only super power.

China on the other hand is nervous. Even when it shows pridefully how strong it is, we can see the nerves. It is a nervous performance.

Change is coming to China as it gets richer, but China is still China, and oh so nervous.

Everything needs to be controlled and choreographed so closely.

Nervous China is Here to Stay

Can we all just relax without maotai?

Maybe not this generation.

Did anyone notice China in the 2008 Olympics? I lived in Beijing then and called it the nervous Olympics. China was so diligent. Everything had to be perfect. China had to put on the performance of a lifetime. No one could breath until it was over. Even then, they could not relax and smile easy.

Four years later, London had the 2012 Olympics. They could make fun of themselves and just have fun. It was the take it easy Olypmpics.  China is far from doing that. 9 years later China is more nervous than at the nervous Olympics. It still only announces its space launches after they are successful.

So what does this mean for recruiting?  In all the world, candidates have a tendency to perform and be on stage. In nervous China, they are at least double that.  Getting candidates to be real is not easy at all.  Yet, who they are is why I saw, in 2008, that we needed to background check every candidate. They are too good at performance as really need to be on stage.

Before you, many will keep performing for years. When you are not watching, a very different person can appear.

The ones who can step past this and be real are so rare and valuable that we base our business on finding them for each position and specialty.