China Worldview Issues and Your Company 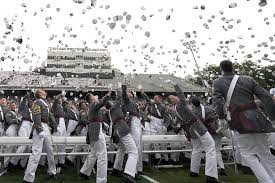 Here are the spies!

I am American and know my own country turned toward nationalism in 2001 to my sorrow. Some of our American history is biased in ways that are not helpful as well. Here, I will talk about a few more issues to think about in terms of the China Worldview that influence hiring.

I was eating dinner with an old Communist cadre and his family many years ago. A friend of mine there mentioned I graduated from West Point.  The mother said. “They are all spies!!” The whole room got silent. She then added, “but he is nice so its ok.” And we went on with the meal and playing mah-jong (pinyin:majiang).

Two Things to Chew On

Two things here. First is that China teaches thought in school like all West Pointers are spies or that Lei Feng is studied at West Point or other nationalist thoughts.  One of the most harmful is that China says that it is an oppressed nation. They teach all the ways foreigners oppressed them. The largest country in Asia or even the world likes to say it is a victim. It is always easier to say the foreigners are the problem.

So an oppressed nation nationalism exists here. I learned early on that it was bad policy to say we should do things the Western way. China cannot bear it. Many college educated people will also have these biases that we have to be aware of.

2d thing from the mother’s thought is that Chinese people are pragmatic. It’s ok if I am a spy if I am nice apparently.   Despite all efforts, China is pretty pragmatic. They like to do what works. I have always made progress with Chinese people saying, “We will not do this the Western way or the Chinese way. We will do it the way that is most effective.”

China Worldview – Much to Think About

Might I also say that pragmatism also linked tightly with materialism. Communists believe that matter is ultimate reality. So China is very focused on resources and occupying land. Along with that Chinese materialism is very strong.  Chinese people pay for medicine but little for doctors for example. They like to show visible signs of wealth and the slogan to get rich caught on very well. Money, money,  money also an issue. See also Why China Gets Western Companies to Make Big Bridges.

In recruiting, we are always aware that we have to find candidates who are not nationalists or like to say “This is China.”    We look for people who like to learn how the hiring manager is thinking and learn that process. Further, because Chinese people are pragmatic, we have to make sure we hire people who will not flexibly break rules like “do not lie, cheat, or steal.”    Finally, we look for people who are not just money grubbers as they hurt your company.

There is a lot to think about to get great talent for companies. We think you need us to think like an owner to make sure you get the hire that is a real winner.