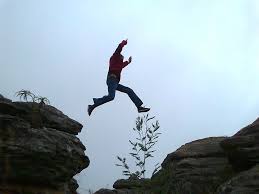 As recruiters, we learn a lot talking to candidates. One thing is the gap between Chinese companies and Western companies in China.

It is super common that the Chinese company offers them equity or a great title or great pay to come from the foreign company. The result we see is they find they cannot fit in the Chinese company as the way they work is so completely different than their experience in Western Companies.

Along these lines, Chinese company managers may find that they have a lot of adjustment when they arrive in the Western Company.

What are these people seeing on both sides of the line.

Chinese Companies are a lot Different Than Western Companies in China

They describe the Chinese side as having unclear reporting lines. In private companies they have to employ or deal with relatives of the owner.  In bigger companies some investers have safe positions as they invested a large amount of money.  The leader is usually the only genius and other genius’s are not recognized.  Owners may not have professional management thinking and so expectations are unclear. What they are promised when they are asked to join is very different from what they experience ( I have experienced that in a US company in China too)  The promised equity is hard to realize.  All describe very politcal enviroments where they could not succeed.  I cannot recall a conversation with a senior manager lookng for work where they felt the Chinese company they worked for had a culture they liked.

Now, I also talk to candidates who are trying to escape toxic Western companies. However, it is not as uniform. Many people come from cultures they liked.

Some Things to Further Consider

From this, I think we can discern two things.

One is that Chinese companies are often very political and you need very specific and high level political skills to prosper there.

Another is that Western Companies are nicer on average eg, yell less, have more clarity, etc.

On another note, why do Chinese led organizations operate this way? I think that 100 years ago, American companies operated that way. Gradually, they learned the way most companies use now. China will move, but it might not be in our generation.

Shockingly, Western Companies in China from the smallest to the largest are often operating with one Chinese genius.  Everyone else is thought to be idiot in highly political organizations, and the Westerners often do not even know it. Some know but think China is just this way. It is sad. People have not seen the trial and struggle they put the best Chinese people in. They came to a Western Company to find better and find the same old thing.  Then the Western Companmy loses the passion and the value of these personnel, and the bottom line suffers a ton. Meanwhile the Home Office keeps hearing the Chinese GM say ‘This is China.”  See also How Good is Our Chinese Hiring Process.

In recruiting, you are looking deeper than if they like Western or Chinese management style though that is a first step.  You need someone who wants to learn your model and how you do things.  We dig deep to find people who really have that as opposed to being able to say that in any interview.