Chinese Managers: Changed? Or Not… 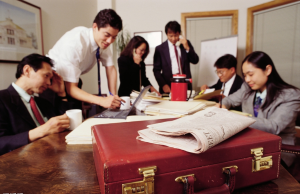 Perspective of a Chinese Manager

Chinese people are trained to be politicians from a very young age. This means we are good at saying things other people like to hear, not straightforward from our hearts. We secretly get what benefits us best. what would that say about Chinese Managers?

I personally believe there were many kids like me who tried the simple and straightforward way when we were children. But we constantly failed because our teachers and even our parents strongly taught us to be politicians to succeed in China.

Chinese Managers Can Change – I Did

Before I met Jim, I never realized that things can be done in a simple and straightforward manner. I discovered that my past failures were not just about me but were connected to those who were leading me, and who I teamed up with. Our leaders (teachers) in China like us to guess what they are really thinking. And we like to do this to our friends too. Those who can guess right can be trusted to enter our circle. But we always hide and cover things even within this trust circle. As years pass we do not even try to open our hearts anymore, not even to our spouses. This was somehow ingrained in us.

In 2005, while other Chinese workers were still playing politics in Chinese companies, I started to learn from a Westerner how to get things done differently.

– I learned to stop guessing what other people think, but instead ask and clarify.

– I learned to lead–not manage.

– I learned to be open and transparent–not cover things up.

– I learned to admit mistakes, apologize, and then change when I did something wrong.

– I learned to look for other people’s advantages instead of their faults.

– I learned to clarify what I expected from people so they did not have to guess.

– And I learned that if I decided to give someone work, I needed to trust them.

Changing To Be What You Need is Not Easy

After two years of training and growing, I thought I had changed. I was no longer the politician I had been.  But one day I came to a friend’s get together, and I found myself using coarse language, mocking others and complaining about our colleagues and bosses.  I tried to tell them what I had learned the past two years. I said “People do not need to guess what others think. We can trust each other if we are honest. We really can improve our efficiency and standards to a world class level by this simple way!” Despite saying this, I found myself behaving in my old politician ways!

What was going on?  Then I realized that two years of training is not much compared with the previous 24 of my life.

What is your struggle in China?

Perhaps some of my friends work for you. They behave as though they understand you and know how to get things done when they do not.  Has this happened to you sometime? Or does it actually happen all the time? I have found that most of my friends work only for higher pay and better positions. Regarding the values, culture and mission you talked about–they actually do not care at all!  See also In China Doing is Better Than Saying.

Are you hiring and working with these people? Get ready; they will leave you someday.

10+ years after graduating from college, I have thought this over and think it is time to share my story.

Focused on recruiting those Chinese workers who can share their hearts with you. We call them Trustworthy Talent®.