Chinese People Are All Trained Politicians

Paul Wang is my General Manager, and one day we were talking about business culture and problems therein. Paul said, “Jim, Chinese people are all trained politicians.” I was shocked by what he said. I felt there was often a lack of transparency in Chinese people, but I never had put that together in that way. However, the more I thought about what he said, the more I knew he is right on the mark.

Chinese People Are All Trained Politicians

Chinese people train their children to say the thing that will make the right impression rather than show the truth. Further, parents will faithfully make choices that are politically smart rather than reflecting what they are really thinking. Children all over China are thus trained from childhood on politics and thinking politically.

Can you imagine how this works in a job interview? Or when they work for you? (See proper Recruitment Agency China work to overcome this. )

Two Examples of This Problem 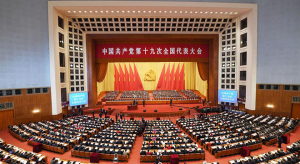 One day my Chinese father-in-law was pushing my child in a little cart in our living room. My 14 month old child suddenly realized that her mother had left. She began to get upset. Her Grandfather then quickly said, “Your mother is in her room with the door closed. She has not left.” I informed my father-in-law that he should not lie to my kid. He was shocked at my thinking. What he had done was commendable in Chinese culture. I was the first one to ever question him on such behavior. He thought me a little crazy/foolish, and I thought him a little untrustworthy.

Chinese managers tell me that their parents told them that they would never get ahead if they did not become good liars. Did your Dad say that to you?

What Does That Mean About Hiring in China?

We need to think a little deeper in China on recruiting. When your gut feel speaks, take a note and get that background checked. Do not say yes or no to your gut, but seek to dig to find out. That is our trademark, and it serves our customers well.   We often will tell you that the person you interviewed and liked is totally and convincingly lying to you and us.

All over China, people are saying what will get them what they want with little concern for the truth of it. However, in most cases, what they do is understood in Chinese culture. The salesman tells me the 35 Yuan shoes are made of real leather and is unhappy when I say it is not likely. He thinks I will pay more if I believe they are real leather, so he says again and again they are real and shows me why it is so. Because I became friends with this man later, we could talk about this. He would say that he must lie about the shoes, or he will not be able to sell them. He told me that everyone else is saying they are real leather in the booths near him. See that 72% of your managers lied to get the job.

How Does this Influence the Resume and Interview?

The people you interview have decades of training and experience on saying what you want to hear. Even when they cannot manipulate you cross culturally, be sure they are trying to say what you want to hear.  To save face, they will carefully cover all the things you really want to know even telling vast lies to cover them.  You end up hiring the executive who is the best actor in most cases. Chinese people all being trained politicians makes common interviewing not good enough.

The lie is much more attractive than the plain truth as you may imagine.  Our customers are glad to know which is which from our process and avoid these candidates. Candidates amaze us with their fluent and detailed lying.  Also, candidates often amazed at how far their stories are from true.  Our hard work pays off with more work for us as we just killed a candidate.   We know no one needs one more politician on their team.  Take heart! We found that 28% of candidates we interview can check out as honest in our deep background check.

Just as we might doubt what a politician says in the West or in China, we should know that every Chinese person we have ever met has had deep training to be a good politician in line with their cultural thinking. The West has nothing like this as we raise children to be independent.  (So Western candidates lie for different reasons) Some Chinese people have overcome their training and can speak from their heart, but they are as few as honest shoe salesmen here.

People who can tell the truth when it is hard like on the resume and in the interview prove to be great hires who resist politics and do real work at work. Some of them are even the rock stars you dream of.  That is certainly better than for your meetings in China to be like the US Congress or worse yet like a dog and pony show.