Exaggeration on LinkedIn is Only Part of the Problem

Exaggeration on LinkedIn is mocked here and with some good reasons. Take a look. 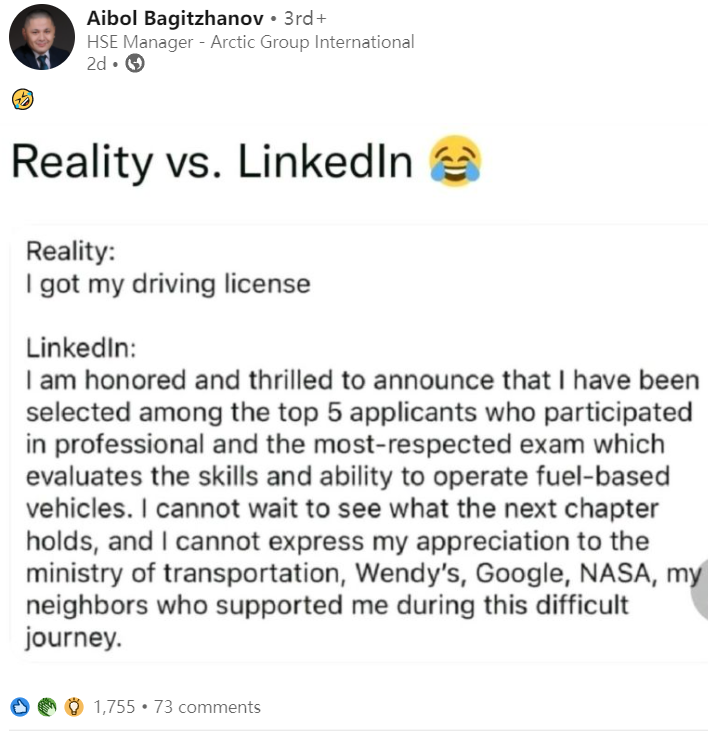 My personal story is that some guy on LinkedIn named himself CEO of my company. I do not know him.  He has had that listed for many years now.  Many years ago, I complained to LiinkedIn, but they cannot manage this.

LinkedIn is a great platform. They give you freedom to use their platform for a lot of uses. On your resume they give you a chance to show off your experience. People who show better experience get better job offers, so for free many many people will write what they think hiring managers want to see. Connectiuon tith reality can be very far.

We found one guy who said he was GM of a big China factory. He wrote 5 years there managing the whole thing, but had only been there 3 months 5 years ago.   3 months and having the JD gave him the ability to craft 5 years of stories of his achievements. He also threw in his plans for next year. See 11 Critical Points on Hiring.

The written word can be very enticing. You add an interview follw up and this guy looked great. Think of what this guy would have done in your factory if you hired him. Given his failure 5 years ago, I guess he could more secretly make trouble in your factory for nearly a year before you could wake up to this problem placement. That whole year would be a problem, but the clean up would be more. Its really hard to say how much damage a person could do.

So, the post I pasted above is funny. but when that person is in your China organization, it is anything but funny.

Welcome to see an earlier post on Risks on LinkedIn Hiring.