Face in China impacts in so many places as it is so deeply a part of Confucian Asia. (East Asia)

The China International Import Expo finished recently. An article in that time noted a survey of the results from last year. Nearly half did not execute meaning the Chinese side signed but they never paid anything according to the contract.  See the quote:

The Shanghai Chapter of the European Union Chamber of Commerce in China surveyed 34 individuals from different sectors who participated in last year’s CIIE. Half of those surveyed closed deals in 2018 — but 47% of them were never executed, according to the survey.

This is classic China. Have a big event and lots of things signed, but really not that much there. China is very focused on such face events. The Central goverment told them to go and sign lots of contracts, and they did, but half did it just to make the numbers look good without anything behind.

In trade negotiations, seasoned negotiators know it is meaningless to get the Chinese side to sign saying they will reduce copywrite infringement. After the signing, you will see that nothing changed or nothing real changed. They are good at telling you what you want to hear.

Face in China Impacts Everywhere and in Recruiting

Several years ago an earthquake struck Zhangbei China.  44,000 families were left homeless in severe winter weather in this area on the plateau above Beijing. I was involved in some volunteer disaster relief at this time. The Earthquake epicenter was a 5.7 magnitude event.

Strikingly, all over the county, the front of the houses stood, and the back collapsed. People used good bricks for the front and a mud stone mix for the back.  Yes, in China the front door often looks better than the reality inside. 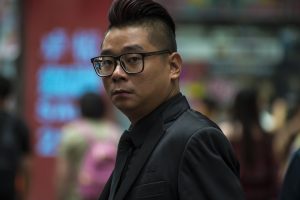 So what does this have to do with recruiting? Be sure that the resume and interview are the front door for most candidates. Further, candidates specialize in telling you what you want to hear. See also Face in China and Consistently Successful Hiring.

Of the candidates who are real, some are an old mud house. It will collapse under pressure. Some are an all brick house, and they will still stand in the day of temptation or need.

Parsing these differences is our job. We are definitely able to find amazing people, but further we make sure they are as good as they appear.

We also see that because of the underlying insecurity that leads to face issues, we must pay more attention to if candidates feel safe. See What is Your Goal for Interviewing for more on this.

China is a great place to work and by seeing the context, we have found better ways to make it great.