Firing People Part 1 – Which People and a Warning 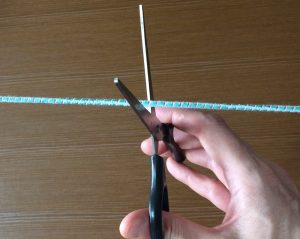 As a follow up to my last post on protecting your IP, I want to talk about firing people.

If you feel you need to oversee someone constantly, then letting them go is best at any cost.
If you feel what a worker tells us is not always the truth, then it is time to find someone you can trust.

You do not need to watch the right people closely at all. Keep people who have divergent views that are within your values and vision. You should not favor people with personalities you like. You should not usually fire the new guy who is not selling well yet but is on line with your vision and the mission.(This has limits for sure but see my meaning) Fire the people who are not transparent. Fire the people who disagree with the vision and values. We can train skills, while character usually changes very little even with great effort.

Firing People – Some Thinking and Experience

Be careful if you finally decide to let someone go. The Chinese labor law does not support firing people. So it is difficult. Also, arbitration is a problem if you do it wrong or have hired the wrong person.

I know a German factory in a first tier city here that hired the wrong Finance Director. When they let her go, she took them to arbitration. The factory had followed the law in how they hired her and in how they let her go. However, even after following the law, they still had to pay an extra three months salary beyond what they had already offered her. The decision shocked the German company. The arbitrator explained that though they followed the law correctly, the former finance director is very upset, so you still need to pay her. Ouch. The ruling was not based on a point of law, but rewarded the most upset person. And the big company had to pay extra to the bad Finance Director.

Think of what would have happened if the German company had not followed the law. Now I am not saying to let the people of bad character stay. Actually, I am far from saying that. What I am saying is before you let anyone go, make sure you have dotted your i’s and crossed your t’s. Remember that you need to have the bad hire sign the agreement to let them go. If they refuse to sign, then you have a problem.  So be nice to them and say nice things to get them to sign.  Be humble as that will help. Letting people go can be done. People with bad character can be hard to fire. We might have to work hard to get them off our team, but it is worth it.

As it is hard under Chinese law to let people go, we must be very careful about who we hire. Due to this, our company focuses on finding workers with character. They do not seek an unfair settlement if asked to leave. Of course, our experience is that our method to recruit leads to consistently hiring people who you never want to let go.  See also Executive Search China.

Fire people who are not with you on your vision and values. Prepare well as it may not be easy. Replace them with people who are sure to be trustworthy and make your team a better team.