Great Leaders and Fatal Flaws – We Can Avoid 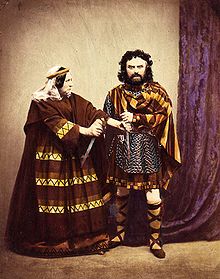 Great leaders are certainly made and not born as my Alma Mater knows. However, sometimes great leaders still fail after learning much. Are we doomed to a fatal flaw?

In our company situation, great leaders are discovered and recruited for our Western customers. Experiences in their lives and choices they made led them to be who they are, and we identify them.  Some people are prepared to be better leaders in their heart. They are teachable and able to think and even care about how they influence others. These people become great leaders.

Their impact is great  We have noted another thing. Even great leaders have blind spots and gaps  Owners are often the worst. All need a third party to help them see and fix those gaps.  Are we open to that third party with unwelcome news?

Are Fatal Flaws the Rule?

We had a placement that took a factory from consistently late orders to on time delivery in a period of months. Three years and lots of effort with various leaders had not done that.

Quality did not improve, however.   To reach the next level needed yet another leader.  Why did the guy fail to solve quality problems when he was so successful with on time delivery?  He was not coachable in this area we found. He needed to be praised and could not really accept being challenged. He always worked on his strength.

In Shakespearean Tragedies, the protagonist always has a fatal flaw. A search for our blind spots means getting feedback as much and as varied as practical, so the flaw does not have to be fatal. Think is Macbeth had a wise counselor or a gentle wife.  Further, the fatal flaw may only appear in a very particular setting, so it is unseen until the specific situation appears.  So this factory leader failed due to a gap in his teachability in context. He learned so much that he was no longer open as I guess he had been when younger.

So teachability often trumps great leadership as it is more able to cover its fatal flaws when they appear at unexpected times just like the flaw suddenly emerged in Macbeth. Worst things appear in the dark and are unmasked when brought to light. Denial is a certain sign of someone we will not recommend to our clients.  We continue to learn from such experiences and gather our combined thinking to use them.

I think it might help others to think as leaders as to what our individual fatal flaw might be and how we might run from it.