Multiple Interviewers Does Not Solve Base Problem 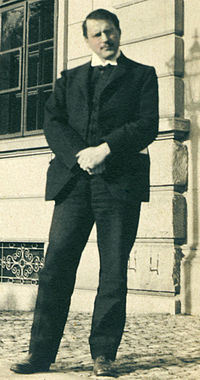 Multiple interviewers can give us different perspectives,  but should not be the final word.

We work with companies that know the value of trustworthy talent.  Some of them have gone far enough to use multiple people interviewing either one by one or in a group. This has certain advantages in that different people have different perspectives and can thus cover gaps. I was always looking for trustworthy talent, but that led to more and more insight and discoveries. At base, I had a good eye for talent and even character, but I found I could have gaps. So I started using multiple interviewers.

It costs you engagement with the candidate when you add more rounds of interviews.  Furthermore, each interviewer can lose some ownership in the process as others are interviewing too.    Finally, we are all subjective beings, and some are centrally intuitive as Jung noted in his works. This gut feeling can be manipulated and Chinese are generally very good at this. Chinese are very well practised in making a good first impression.

All those reasons moved me.  However, let me tell you why I stopped trusting my insight and even intuitive feelings multiplied by however many interviewers I used. Then I created an integrated system that requires a deep look beyond the resume and interview.

When leading a ten office business many years ago, I interviewed a new office manager and then sent her on to another office manager to interview and yet another. The three of us then conferenced and made a decision.

Each of us saw good things from her resume and her interview.  We felt she had strong experience, and we are lucky to get her to apply.

She trained in at an old office, and then we got her started in the new office. Within 60 days we knew we had hurt ourselves. She was irresponsible.  Since she was in a separate city office, she was hard to oversee except for the sales numbers.

In retrospect, we needed to check on what she had said in the interview and written in her resume.

When we first tried to investigate deeper than interview and resume, we had found a purchasing candidate who had a good resume. He interviewed him well in a round of interviews by good interviewers.  For the first time,  we investigated deep and discovered that he had covered up a problem in his resume showing he could not be trusted. Our efforts were awkward, and it was really hard, but finding this shocked us. We then placed a women instead who then worked for them for over 10 years.

Since then I have never trusted serial interviewing or group interviewing. Interviewing can surely help us know what a candidate can talk about. It is useful in determining items to investigate. It should not be trusted as the reason to trust what a candidate wrote or said for any valuable position. All you are doing is using gut feeling or multiplying gut feelings by using more than one interviewer. Furthermore, to achieve greater success, we went to a one interviewer managing whole process system.