In Hiring, Character or Competence? 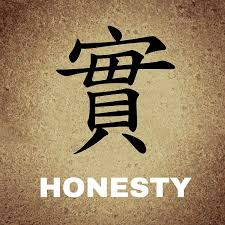 We had a candidate complaint today that made us think about character or competence as the first priority. He said he thought we are bad because we disqualified him for lying on his resume and in the interview. He said to our recruiter that almost everyone lies on their resumes. He further added that lots of managers lie to get into Western companies and then just sit around and do nothing all day.

Our recruiter just smiled and then blocked him from bothering us anymore to complain.

Our recruiter smiled as knew that this candidate is proving our point. Background checks are critical to get the right people

We found this candidate, but saw he was not mature enough for this customer, so we did not even background check this guy and just listed him in our report.  The customer saw that this guy had listed a very specific ability that they were excited about. They specifically asked to interview this person.

They interviewed him by internet video link and were thrilled because his English was so good. He felt he had the job, but our client’s interest in him led to our starting the background check which quickly uncovered numerous lies.  The lies covered up issues that showed why he lied. He talked well but did not actually have the teamwork or skills he said he had.  We told the customer about the lies, and the client discontinued pursuit of this candidate. This led to the candidate criticizing one of our recruiters.

This leads us to a LinkedIn post by Dave Anderson in which he gave results of his large survey of who their leadership hero was and why.

The top three answers were:

They did not say h/she was smart. They did not talk about his/her strategy and technical ability.

Can you imagine that humility led to people loving to follow those leaders and working with their whole heart?

Integrity means that what they say and what they do stick together like a building with integrity. No one wants to work with or for a hypocrite. You may also like Does Your Candidate Have Enough Character?

So you do not hire people and then change their character. It does not work that way. You hire for character and sometimes need to coach or otherwise cover for certain skills. Sure we all need competence but no one is trying hard on character like we do.

Then you can have people that work for you with all their heart which is exactly what we all need.