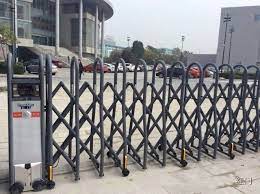 Recently, I helped a Western company where the Chinese General Manager declared the company was his. He required the owner to change over the ownership to give him 51%. The Chinese GM had the chops and the licenses and hired good guards, and the owner could not fire the GM or take charge of his factory though he was the Chief Rep under Chinese law. Possession is 90% of the law unfortunately.  It is a hostile takeover. The GM poisoned the factory workers, so they do not trust the owner. Every move the owner made faced an equally strong counter move. He brought in companies that were experts in facing hostile take over and no use. Fraud in China Don’t Let it Happen to You.

Optimism in Hiring Should Have Something Behind It

Seems companies do not think this will happen to them. Losing your whole China factory to include trademarks is one of the worst things that bad hiring causes, but just the risk of it should wake us all up.

Many costs below the level of losing your whole company exist. All of them cost money, and a lot of it when your top China hire proves to be not what you hoped from the interview.

The cost to HQ, and the costs to your hopes for your China business all rise. That is before you even touch the lost value added you assumed the new hire could bring. Missed opportunities pile up instead of toasting new growth.

We eliminate the downside risks and give you a great shot at top side great hires that far exceed your expectations.  25% of our placement are seen that way by our customers.

We like making sure each hire is a good hire and take no chances that it will not be. We do not want our hires to be making secret plans against you, and they will not. See also Do You Want a Good China Hire?