In China, Who Should We Trust?

In China, who should we trust? A good question. Chinese people do not trust each other or at least have difficulty doing so.

When I got picked to lead a factory in 1997 after several years here, I was scared as realized that almost everyone said one thing and meant another. So I thought, “Who should I trust?” That question made that start up a success and led to me starting this company years later. 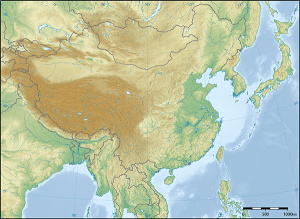 Have you ever been Shanghaied? If not, then you have probably not been to Shanghai. OK, that is overstating but Chinese have reasons for being careful about trusting each other.

In China, Who Should We Trust?

How do we decide who to trust in the West? On hiring, we interview and we may ask around if we have such contacts.

Chinese people hire their friends and relatives. They really do not have a good way to know who to trust, and their house doors are strong like Fort Knox.

We are super strong at interviewing and know how to get the real truth out of candidates, but after a two hour exhaustive interview, we know that we are not sure.  See also Recruitment Agency China Needs Great Thinking

We are not sure as again and again in our deep background check, we are stunned to learn that this candidate was expert only at manipulating.  I call these manipulators skillful people as they focused on skills like manipulating instead of their own character. China is filled with them.

We Westerners like to give trust until it is broken, but ten years later, Western companies find out this guy was against them the whole time. That is a huge cost.

Who should we trust in China? Those who have been expertly background checked. Otherwise, you are rolling the dice.