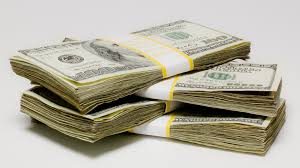 Throwing it away for what reason?

I never before considered investors and hiring managers to be similar. I do now.

Theranos got $400 Million in investment and was only 1/100th as strong as they said they were.

I saw a LinkedIn Post on investors and the Theranos case, and it made me think of recruiting being so similar.

Theranos lied repeatedly and confidently with such eloquence that no one went and checked. $400M later some people feel defrauded and naturally even angry.  The people whose lives have been put at risk by faulty blood testing done under the cover of their lying are especially angry.

The writer is amazed how gullible the investors are. Walgreens set up Health Centers with this technology at the core.  Later they had to back out with a lot of mud on their faces.

So, I am sure that Walgreens and 7 figure investors met with Theranos leadership. I am sure the interview went very well and felt good.  $400 M later I wonder if anyone has decided to do more due diligence in the future.

Hiring Managers and Their Companies are Just Like Investors

This is exactly what I see Companies do in hiring. They look at documents the candidate has written (resume), and they feel good for some reason like they have written impressive numbers.  Hiring Managers meet with candidates, and the conversation is good. They hire someone who will then be on the inside of their business and can ruin them. Sometimes they feel nervous as it is a 6 or even 7 figure salary.   Then they call up his references that he or she provided. The references invariably say good things. When have you heard of the references causing the company to not make or withdraw their offer? See Why We Do Background Checks at SHI Group.

We withdraw our candidates more than 70% of the time because of the results of the background check.  I think the Theranos investors needed due diligence like we do background checks.