8 Signs To Know We Have Bad China Hiring 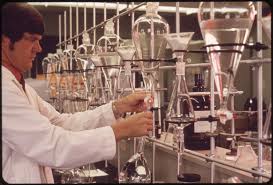 Bad China Hiring?  Lets think about it together.

There is a popular phrase bouncing around China, and it has a lot to say about recruiting and letting people go actually.

Do not fear God like competition.  but fear coworkers as dumb as pigs.  (不怕神一样的对手 就怕猪一样的队友)

I hear it gained popularity among Chinese on line gamers playing  the online game Crossfire.

I think we business people need to think more about this question. Often our biggest enemy is our own hit and miss  hiring. Our biggest or among our biggest problems are on our own team.

1. Unteachable. either because they are stubborn or otherwise uneducatable and slow – note the Dumb as Pigs saying above.  This is usually because they have dislike or reticence in their spirit.

2. Not aligned – Chinese say same bed and different dreams. (同床异梦)  They are rowing the boat in a different direction than you are. This is usually subtle but very damaging.

3. Selfish and working for self more than for you – could be stealing time, customers, IP and/or money (I hope you are working for your workers as well)

4. Lazy – no initiative (can also mean they are too secretly fearful – definitely means they have not put their heart in the work. You might be the cause or the worker and a combination of both. Look closely)

5. Destroyed the culture you built–  always pouring cold water obviously or secretly. This is another way of saying they are rowing against you, but I sense we need to say it this way too.

6. His or her existence lowers the intelligence(EQ or IQ) of the whole company. EQ is the Emotional Quotient which we find is much more important than IQ.

8. Cannot admit mistake  Clearly 7 and 8 are related. Pretenders are a problem  They are also expert at casting blame successfully.

As I have said many times here. Most companies I visit have a mixture of great hires and clear examples of bad China hiring to my third party eyes. Many people are in the middle and being unduly influenced by the skillful politicians on your team.

Fire the bums, and make sure you do not get caught using gut feeling again to hire managers, or look in the mirror and change yourself.  A better day can come.