Let’s Get Diversity and China on the Same Page

It is funny to me how much talk we hear about diversity in companies in America even while they throttle it in China.  Let’s talk about Diversity and China.

Again and again I see companies who think the Chinese engineer on their home company staff can make a great GM in China. Sometimes they do, but why do we think we need an ethnically Chinese person who may or may not do well leading in China?

We Need Diversity and China

Companies rarely think about diversity when they come to China despite the need for diversity being even greater. I love China, but let’s think a little about what China is.

China is like a very long thin pipe standing on end. The Chinese culture takes babies and starts packing them into this pipe and using every tool needed to get them to fit in the strict culture that is China. My kids are at an American International school here. It is fun to see the little kids perform as they are all over and not always with the teacher in the performance, The antics of the pre-school kids are so much fun to watch.  If you go to a Chinese performance of the same age kids, they are lock step correct. No hair or movement is out of place. They look professional. 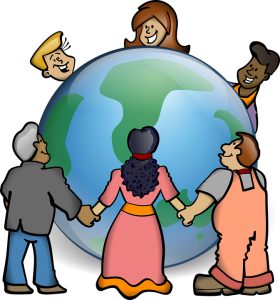 Chinese Schools Are Not Helping

The Chinese model of schooling is to match the teacher’s model.  I know a Chinese first grader who is required to use a ruler to make the equals sign for his math homework. Can you imagine? However, this is China.  There is not a lot of color or sparkle here. In Hong Kong you can see the paper dragon at festivals but not in China.   This is a very tightly wound country.

Most are afraid to make a mistake. cost is king, self-protection foremost is very common.  Commonly people tell you what you want to hear and are good at it.  Low Self Esteem in the form of pride or false humility are quite common.   Chinese GM’s never ask us to recruit for them.  Why? They think “This is China! We know Best!” They are not very global as it were. Chinese also want a recruiter they can keep under their thumb for self protection reasons mentioned earlier. They are distinctly anti diversity.

Diversity and China May Mean Keeping a White Person 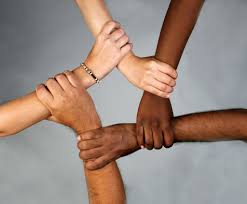 You can find Westerners and people from SE Asia who are the same, but even that will taste different.   It is much easier to find global thinking people in the expat camp.  Unhealthy parochialism is killed by Diversity.

Some companies will send in people on trips to give more diversity. That can help, but is not deep enough in most cases.

I hear three reasons for not bringing in Expats

Expat packages are disappearing, and the disparity in pay is mostly because of real ability and not expat issues. So the expensive issue is fading fast.

The Eastern cities in China are no longer considered hardship placements.  Some expats live in a Western bubble and spend all their free time with Westerners on Facebook and Youtube. They are not best.  If their wives do not learn Chinese, then they will have a family problem as the wife will not prosper unless you are in a tier 1 city in a Western ghetto. Western families where the wife speaks Chinese usually stay until kids go to college abroad or grandkids come. Even then, many will stay. It is really about the wife.  These are all problems to watch out for. There are expatriates like my family who stay a long time and buy houses.   We are all great. 🙂 I am not available.

I laugh at “They do not know China” problem. This is the least of your worries. Many expats have deep knowledge of China in a way Chinese people cannot match.  For example, why could the US produce the movie Kungfu Panda while China could not?  Further, great leaders get all the data and make good decisions regardless of their geography.

Another diversity problem is some hiring managers hire people like them or that make good friends. They want loyalty. We know one team where the leader is rule bound, and so are all his managers.  You can hardly breath, and it is an R&D operation!

So, while I am writing primarily about ethnic diversity, even within the culture some diversity needs to be found in this tightly wound culture.

Let Me Tell You About Some Western Companies and Diversity

Many Western companies anxiously indigenize and see that reports from China get less and less clear and finally they place a Westerner who spends a few years untangling, and then they indigenize again and on and on.

Others become very political WOFE’s here. Everyone knows to be careful what they say in all instances.  No one wants to know what is happening inside, and they just ask them to send the money. They try not to think about it. However, the money gets less. See Top Positions: When Do We Need China WOFE Expat Support

Other companies it is not so dark. They indigenized, and the culture seems ok. No one is quite sure where they might be with more diversity and do not want to ask. I do not think diversity is just nice to have. There is clear value in diversity. Some companies cannot get there, and we make sure to check the hires very carefully to ensure they are not too parochial and can be trusted   Open door Chinese managers can be found, but it is a hard search where deep research is needed to make sure the data stays good and the politics stays down.

We talked with a Chinese GM of a Western company last week. He said, “This is China. If suppliers are on time and have good quality, you can always take 50-100K RMB from them each year.”  They can say it so casually and matter of fact like. We are the only recruiter we know who will dig out such issues and keep these guys out, but in culture they are under big pressure to act Chinese and steal. You will be surprised how this can impact the indigenous guy you send over.

So while we specialize in getting you trustable Chinese people, we still support greater diversity with people who we also vet well.