Lying in Interview, What does it mean? 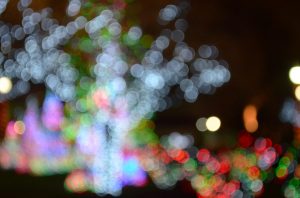 It is hard to make a decision when the facts are made unclear and wrong.

Is lying in interview such a big deal? If a someone lies about leaving a company 6 months before he or she did and had a short stay at a Chinese company in between, that they also cover up, is that important?  Does it relate to their skill in purchasing or ability in quality management or overall leadership? Is it just a little white lie?

Why would they lie about such a thing? They lie so you cannot see the truth about them. The candidate has to make up stories about those 6 months and about why they left. One lie is not enough to cover their space, and they have to do it well to convince you. See also China Recruitment Agency Statistics and more.

Why do they go to such lengths to deceive? Why would they not just tell the truth? Let us look at two aspects.

Lying in Interview Does Say Something

First, something happened that they really really do not want you to know about. Do you think you should know about something they were that committed to not letting you know about? Would it help you make a better decision if you had the real facts? Will it help you when your managers tell the whole story consistently?

Companies need leaders who can admit they have made a mistake.  What kind of leader never admits a mistake or weakness? What kind of coworker is one who never shows any vulnerability?  See more at Vulnerability as a Key to Good Hiring

Which is easier, Earning the money to buy a car by your hard work, or pilfering the money from your Western company?

Which is easier, leaving a bad business well or covering it up afterward?  People who learn to do the hard work of doing the right thing even when it is hard, are just the people who do the right thing when you really need them to.  They have nothing to hide and can admit they dropped the ball. Can you imagine how the people who will not cover up lower politics? Can you imagine how they are better at real things as they do not just cover up the bad?

Telling the Truth Tells Something

Secondly, a lot of bad bosses out there. Have lots of people with initiative blew up with the bad boss? Is it reasonable?  Companies often give no voice to managers except voting with their feet. I personally have worked for a lot of bad bosses.  Should we look down on someone who got shoved out in a political fight they did not know how to handle? Is it OK, if someone got fired if they can talk about it?

Finally, my goal is to help you see lying matters, and we need to know the value of the ugly truth. You cannot make good decisions without true data. Hire people who will give you good and real data. We can help you make sure you hire people of talent who are that real when you are ready. A better day awaits.