Most Prominent Person Sees The Least! 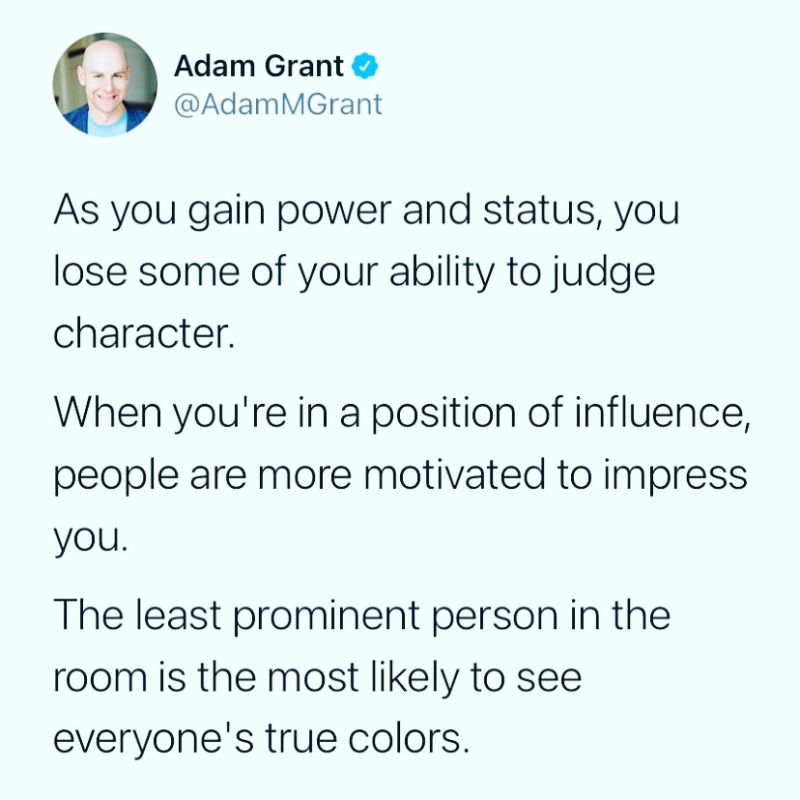 Adam Grant is a management guru from Wharton. He hit the nail on the head when he said the most prominent person sees the least. I say that goes double for China.

Many Chinese people will not tell anything sensitive to Westerners bosses at all. Most Chinese managers are talented manipulators with Western bosses.   Surely, China has people that will work openly with bosses and be great to work with. The biggest problem is it is very hard to distinguish who is who in this puzzle.

Some of the Chinese managers that Westerners think are the best are the makers of parallel meetings, They have one meeting with the boss and all the staff, and they then have a follow on meeting without the Western boss that does matter.

Very frustrating. If they do not want to be so clearly frustrating, then they just one by one get more people on their side and pull strings to get what they want as necessary. Politics.

They know how to make the people who are loyal to you look bad and they can find a way.

Most Prominent Person Sees the Least Can Be Overcome

We cannot expect as Western bosses to get the transparent truth unless we are super careful with hiring. The leopard does not change his spots. If you hire a liar, then you will be employing a liar, and his skill will grow over time.

It is hard to be the prominent person. Chines people are trained from early childhood to say the right thing to the right person regardless of what they really think. They are told to never reveal their deep heart.   So tough. Take a look at China Organization Hiring and Trust.

When you have an organization in China, you should expect to know every pertinent thing going on, In the US, if you have a remote business entity, that can be a hard standard to reach. In China that is much much harder. However. it takes great hiring and great leadership on your part to make transparency work.  Indeed, Choose Right Leaders.