Recruiting Pedigree Complex and the Fear of Not Choosing IBM 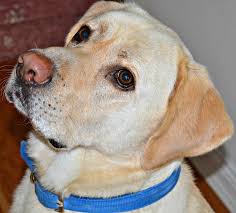 What I call Recruiting Pedigree Complex is a complex condition in big companies that costs Billions. Most of us know the saying that no one ever lost their job because they chose IBM. Most of us also see how that influences hiring in bigger companies. It is sad to watch.

Many want this but believe their gut feel will get them this. I have blogged about this here and here and here.

Today, I want to talk about big companies.

I see agony in their faces when they decide.  They see clearly that candidate A is better, but candidate B has the right recruiting pedigree that gets nods all around. They choose candidate B. B is a bad choice, and no one criticizes the hiring manager as he chooses IBM.

I had one client where we were doing background check on a man with the right recruiting pedigree who had done terrible work in his last assignment at Medtronics. In this case, if someone had worked for Medtronics, they had pedigree. In other companies, experience in a Fortune 500 company was pedigree. Some is they worked for the customer.  In the Medtronics case, we sensed he did bad at his key position at Medtronics. We needed a phone number from him to prove it, and we asked the company to demand it from him. The hiring manager said, “Jim, you have done a good job, but we have gone far enough. Let’s just leave it there.” Then they paid us the fee for the background check that we did not complete. Then that person proved to be a disaster as we expected. So the process started again.  We thought that this time the hiring manager would change his strategy but he went again for Medtronics even though the people he could get from Medtronics would not do the best work for him. This time, only mediocre work ensued not disastrous. This one hurt them more as it lasted longer.

This manager is a good man and no fool.  Further experience with other companies proved what the first case showed. Smart people make foolish mistakes to avoid being criticized or even fired for not choosing IBM in recruiting.

Can these big companies ever understand why politics rules them, because their system is their God and pedigree is this God’s recruiting key?

We can find them the recruiting pedigree champ, but we will often advise another.