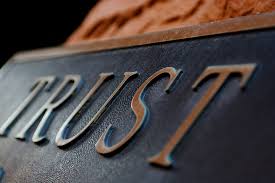 Trust is earned shortened to Earned Trust is a phrase I learned from my West Point Classmate, Mark Parrish. West Point was certainly a place that emphasized character.  My business was founded on the premise that Westerners in China tended to give trust until it was violated. Giving trust is common in the American culture I grew up in. That may or may not be wise in the US, but it is unwise for many reasons in China.  Recruitment Agency trust is also hard to find.

There are Reasons Trust is Earned and not Given

One of my deepest memories of moving to China is that people could say yes to me and mean no. It happened often in China like I had never seen in the US. Chinese people see Americans as naive. They can say words you like to hear and gain your trust very easily. They can greet you warmly, and you can feel they let you in their inner circle.

Chinese people come from a large,  strong and stubborn culture not unlike the Americans. Chinese have been trained from childhood that the Chinese knew everything while we were still barbarians.  They see that there is one right way to do everything and feel very strongly about it. They even give strong unsolicited advice on child raising to strangers. Their confidence that they are right is rather shocking. Chinese people often say to me as a reminder, “When in Rome, Do as the Romans Do.”

First, Chinese really follow this idea in some way. They will do what the boss says, but keep their opinion till the appropriate time. This can hurt you a lot.  Second, they are saying that since we are in China that we should do things the Chinese way. They strongly feel that is proper. Second they are shocked If I ask privately. “Since the Romans thought it was good to keep slaves, would it be right for us to go there and take slaves as it is the Roman thing to do?”  Which is to say, that we kmight be offending Chinese people when we do not know it as we are different. Now we can see more what earned trust is a good idea in the US, but a great idea, here in China.

Assuming Trust is Unwise Especially In a Culture So Different

Chinese people believe that things left out are fair game to take.There is a positive Chinese word for this kind of stealing pronounced jian (捡). They do not consider it stealing.  My Chinese friends tell that they can go into a room and immediately have thoughts how to make off with something in the room. They do not steal, but realize this feeling comes from their culture.

Chinese people are better to their friends than Westerners and worse to their non friends. As I sometimes note, we borrowed US$50,000 from our Chinese friends when we bought a house a few years ago. We got nothing from our Western friends.    Chinese are worse to others around them than we would ever think of being. so we need to think more in hiring.

You may have noted that Chinese workers think there is no reason to work to make sure the drain is in the lowest place in the room. Why would that be?

Actually, the differences between the cultures are endless.  Even if people are not corrupt, we should not assume they are thinking like us.  Trust is earned. At SHI Group, we doubt first and trust based on evidence we dig up. You should do the same. And, ah, we find that 72% of all applicants for management positions in Western Companies have lied to get their job. See also Recruitment Agency China Needs Great Thinking