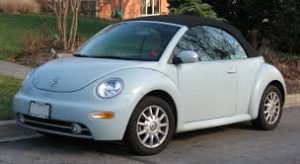 The other 80% of the people being hired major in politics and some will even major in its brother, deceit.

This saps a lot from any company who is not careful in hiring.

The Volkswagon cheating is shocking. Note this quote from LinkedIn and read more at the New York Times and here too.

In 2012, former CEO Martin Winterkorn promised the company would cut its emissions by 30% by 2016. Unable to reach the lofty PR goal, engineers chose to lie rather than disappoint the boss, which is how every other corporate disaster begins. The lesson here: don’t say yes just because saying no is scary.

11 Million cars are lying about their emissions. Emissions are 40 times as high as the faked readings. Yikes.

Mr Winterkorn immediately resigned. Sure, if no one could dare say no to something this big, then the problem is grave. Winterkorn further had the wrong people working for him who could not be open to or mine the noise from below. Great leadership does not fail here. People talk to then. They know what is up.  Knowing who has enough leadership to make you great is one of our hallmarks as our recruiters were first leaders and then became recruiters. I led two factories and two other service companies besides this one.

Next is hiring leaders who lie to get things to look good for them. They lie in small ways and as they get higher must lie in bigger ways.  Best evidence is that 80% of employees in the West lie to get their position. So Volkswagon is just the tip of the iceberg. Do you think the other automakers are clean if Volkswagon did this?

So two big errors hurt Volkswagon. 1. They hired leaders who could not get important data like emission data. 2. The managers were not screened for honesty. They were better at faking than honesty. The double play multiplied over thousands of hires means Volkswagon got burned. See also Do We Make Candidate Lie?

How would such a discovery hurt your SME?   The German government would not bail you out. The real news is that most news is not enough to destroy the business. Most companies,  the bleeding just costs you 10% of revenue  a year all the time. Some new will kill though.

Hiring weak leaders on gut feel gets you liars and incapable leaders all around. It is miserable to work in such a climate. Politics at minimum takes the energy out of the best workers. Cover up wastes much more.

We are not working just to make a buck. We work to make our clients businesses a better place to work.