Should We Accept All Chinese Cultural Differences? 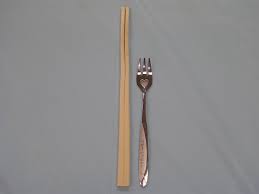 Some cultural differences are more important than chopsticks or fork

Chinese Cultural Differences should be respected when talking food preferences. What about differences in levels of honesty? Recently, we explained a lie on a resume to a client.  The client declined to go further even though the guy interviewed well. We heartily agreed to not move forward with this guy.

The Chinese candidate then contacted a Western Professor he knew in college to get the professor to support his application. The Professor said the following in support of the candidate who I call Jones here:

I believe that there has been a cultural misunderstanding. Jones was shocked when he found that the reason for his failure was the fact that in his last position he was employed as an engineer not as a manager as he stated on his CV.

As you know, if you have been in China for any length of time, this is a developing country and standards of professionalism and honesty are quite different from the West. Inflating your CV to get an interview is a common practice. Chinese companies in generally do not check applicants references. Positions here are often granted on the basis of performance in the interview, not on the statements made on the CV.

He could not have made our point better. Standards of honesty are different here in China. Jones had a good resume and great interview skills.   He also lied about his experience and about getting fired and what not to appear perfect. None of us is perfect.  It did not take long for us to uncover this guy’s lying.  Being common practice does not make it any more attractive for my Western Client. My customers know the lie by their worker can cost them $10,000-$1,000,000 whether it is common and acceptable in China or not.  They need people who will speak from the heart back home and in China. We will make sure they get what they are after.

My client is smart enough to stay clear of these fast talkers who are smart, but you cannot trust. They are often smart enough to cheat you like this guy did with the resume to start.  If he got the job by lying, what would he likely do under pressure in the job?