Starting a Business in China III -The People 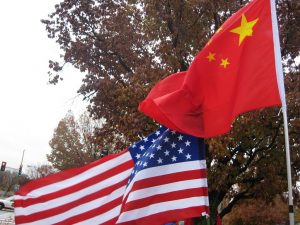 Let me talk about my core heart in business – People. Starting a business in China is complicated, but can be very rewarding if you partner with and hire the right people.

One said he would be their China expert and registered their Hong Kong entity for them to invest in China. He then invested in China for them to complete the investment in China. They paid him in equity leading to 30% ownership for the well known China expert. The venture grew, and the China expert started acting more and more like the emperor. They decided to buy him out, and he demanded 10 times the value of the venture.

The expert then started to demand the GM obey him. The Western company realized that the expert was the Chief Representative, so he actually had power to fire the GM! So they tried to fire the Chief Rep and found out they must do it from Hong Kong. Then they realized that he made himself the president of the Hong Kong Company and controlled it as had carefully registered to ensure his control. The US company had never considered registering their trademark in China. Guess who had.

1. It is usually best to make yourself the Chief Rep for your China investment. Do not have other people take this role to ‘help’ you.

2. Always hold the registration for your trademark in China yourself.

Also, Beware of the Trojan Horse

Another Westerner in China offered to help the US company find leadership and put in their agreement that he would always be responsible to nominate the GM which he said was a service to the US Company. A few years later they find out they cannot name anyone who does not agree to be loyal to the China expert as he owns the nomination, He has taken over their company by another means.

The Trojan horse is the China expert made them think he was helping by saying he would nominate in China where they needed help, but they needed to realize that they gave up control.

What you really need in China is a Chinese person you trust, but you should not trust them because they give you a good gut feeling.

These first hires are critical to your success even if that first hire is a lowly translator. If they have any secret thought, they can gain your confidence and learn how to manipulate you, and finally you unknowingly protect them!

First Hires are critical. Make sure and go the extra mile to check them out before you let them in.

These stories have been changed some, but the message should be clear. Do not trust your countrymen who are experts in China. Do not trust Chinese people who make a good impression on you. Take precautions to protect yourself. Then hire people who you have done due diligence on to ensure that they are really working for you.

See the other articles on Starting a Business in China here and here.