The Chinese Are All Natural Born Actors

In his book, What’s Wrong with China, Paul Midler looks deeply into issues in the China business culture that desperately need to be understood.

He has modern insight and also done considerable research on how Westerners saw China 50 to 100 years ago.

He quoted a man named Gilbert 80 years ago saying 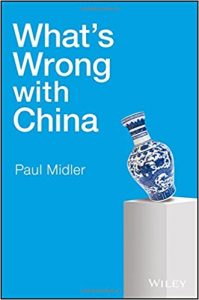 The cultural emphasis on face turned everyone in the country into natural-born actors.

Another old Quote by Abend is strikingly similar.

Because considerations of ‘face’ have for hundreds of years played an important part in Chinese life, it is only natural that the Chinese should prove adept at political propaganda both at home and abroad.

Now, SHI Group coined the phrase that the Chinese people are all trained politicians several years ago, and these guys writing before the Chinese revolution of the 40’s saw the same things. These issues are deep and strong in the Chinese context.  So how then will we live and do business in China?

How To Recruit in the China Business Culture

My Chinese recruiters go through some phases. They start thinking they do not know Chinese people via interviews. Then they gain some confidence and ability and feel they can understand. Then, they see candidates they thought were trustable get shot down in the background check and then often say, “I have no idea if ‘Frank’ is telling the truth before the background check.”  So if my highly trained recruiters confess that they do not know what to believe or not, then how should the rest of us see this?

We prove some candidates are liars during the interview. They are not skilled interviewees and not very dangerous for your company. It is the vast number of candidates who are natural born actors that are the real problem. My very best interviewers can not be sure if the best interviewees are honest before the background check.

If your recruiter does not kick out an average of 72% on the background check, then you are hiring people who are natural born actors and got the Oscar talking to you or your appointed hiring manager.