The Coronavirus Shows China Quite a Bit 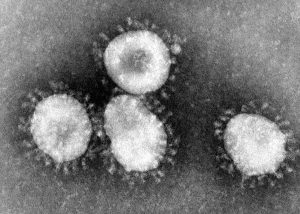 Not an easy time for China. God bless them in this time. Let’s also see what this time shows us about China. The Coronavirus shows China in ways we can take note of. Due to the Wuhan Cornovavirus, the Jiangsu government issued an order stopping social and entertaining gatherings from meeting – and some businesses. Here is the mandate:

Compulsory Measures in Accordance with the Law
1. All mass gatherings shall be cancelled.
2. Cinemas, theatres, entertainment venues, internet cafes, public baths, parks, gymnasiums and other venues which are not necessary to the daily household needs of citizens shall be suspended for businesses.
3. All training institutions shall stop offline courses and services.
4. Large-scale wedding ceremonies or funeral gatherings are strictly prohibited; assessment and approval from local government departments are needed when necessary.
5. All citizens shall wear face masks in public places.

In the SARS epidemic of 2002-2003 the government and all of China lost face. The government covered up which is super common in China till March when they could not and then got serious. 774 people died.  For the Government and the country the loss of face was big. It also cost them money which is a big deal in a materialistic culture.

So when this New Coronavirus started, the government moved much faster to stop the disease. They and the country jumped as one.  This order came out in late January. Nothing like this came out in SARS till March, and a mandatory face mask requirement is all new this time.

The Coronavirus Reveals China as Crisis Can

One is we would not do this in the West. Shocking massive move.  The Chinese Government is already under stress with the trade war and industry down. Why did the Government and people with the government move so strongly?

Fear is one factor, but face is a greater factor. The government is fierce not too lose face with the people and the world.

They devastated the service industries in this order. All entertainment venues and even offline training are all closed. The order does not close factory or construction projects. Those are massive gatherings of people with tons of close contact.  (All this may change as disease information matures, but today we can see something)

The Chinese are still very materialistic. Training and Entertainment are unseen values so considered worthless, so closed. Factories are valuable as produce material products, so not on list.  We went to a forested mountain park.  It is a safe place where we could relax. The government barricaded the park till further notice.  No close contact with people would occur. Walking in park is considered worthless so closed though no risk at all.   The yard I live in started checking temperatures at the gate. They did not initially, but the owners all complained that the management was not protecting the people.  So the materialistic and fearful people are pushing the government.

Chinese materialism is deep and strong as always. You may also want to see Face in China Impacts Hiring. Both are long term issues that influence hiring in China. China will lick this virus as they are focused. In the meantime, we can see them in crisis. It also shows they like to eat strange things, but not too relevant here.