The High Cost of Bad Hiring in China 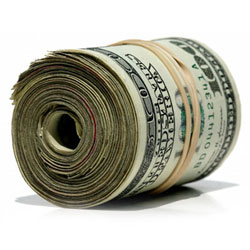 Bearing the cost of bad hiring in China is epidemic, but even in the West it can happen.  I talked with a guy in the US who did what he could, but his business failed in the US.

He said that he had no deep thought on hiring. Then he hired on gut feeling and fired the same way.  Finally, he failed to do background checks.  This all killed his business, and one guy he hired stole over US$200,000.

That was in America. The risk is three times greater in China.  If you have already hired a risky person, call us, and we can help you out. Do it today. See also Why We Do Background Checks.

An Example of Bearing the Cost of Bad Hiring in China

We were asked by a US owner to investigate his company. He had three top leaders and was the absentee GM. Everyday, the three fought and he, though he had 10 years of China experience, did not know what to do. He called us, and myself and a Chinese manager of mine went down and talked for two hours with each of the three leaders. We further spent 30 some minutes divided up talking to some other managers and even entry level employees. All three were manipulating the owner.

The engineering director  he hired just 12 months before and thought could be the future GM was actively teaching workers to disrespect the owner. His operation manager just worked for his own comfort. The finance manager was working hard for the owner, but she was domineering and trying to run the whole factory.   He had lived with some of these problems for years, and the costs were in the million of dollars.  We are in this business as we can know these things absolutely in a very short time. We work hard so that each candidate we send to our clients clearly improves the business.  See also China Executive Hiring and $30M Lost Annually.

You need to hire a recruiter who has experience in doing the crucial work of proper background checks above and beyond calling references.  Then you do not need to suffer the high cost of bad hiring policy in China.  We believe all recruiting in China should have deep background checks, and so it is part of our basic package. You need surety on people and should not be trusting your instincts.