The Power of Lying – Why We Hire the Wrong People 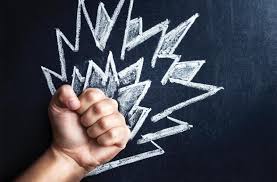 As I mentioned last week, I went to school at West Point.  West Point requires that “A cadet will not lie, cheat, steal, or tolerate those who do.”   I learned the value of real work and real words to get things done. It was not until years later that I suddenly saw the power of lieing. They answer one big reason why we hire the wrong people.

Why We Hire the Wrong People Illustrated

Long ago, I knew a boss who could wow a room. People would rise up and praise him among each other. In discussion after, you could hear people talking excitedly specifically about the lies and deceptive words he had told. Fabulous lies got them most excited.

One lie he said was that he had 450 salesman working for him. Actually, he had 2 and a minority interest in a company that had 4.

In another case , he said he was managing over 1ooo people in his 10 fabulous companies.  Actually 2 of the companies were dormant. 2 were failing. Totally these companies had under 400 people. Most he was a minority owner.  The biggest and only successful company he had no management control over at all. He was just a minority owner, and the GM would not listen to him.  Furthermore, he had real management over only about 30, and his turnover was sky high in his 5 top direct reports.

He had an amazing sense to know what the customer or audience wanted to hear, and he could fluently say it though it had no firm grasp in reality.  He liked to promise the ocean while all he had was a cup of water. See also, Do We Make CandidatesLie?

The lie was shockingly powerful.

That stiuation opened my eyes to how seductive lies could be. They had a kind of mystical ability and could get people fired up.

Sadly, candidates sometimes can hook a candidate with powerful lies.  Then we find the guy actually was a fabulous liar.  The customer may agree to stop pursuing that candidate, but he often thinks of him.

So how much power do you have to avoid hiring such people if the recruiter is actively trying to sell him to you?