The Recruitment Process is Broken in China

I have been recruiting in China since 1997. I started my own recruiting company in 2009. All that I have seen makes me think the recruitment process is broken.

Gradually, I have seen factory processes get better and even data focused decision making make headway. Six Sigma is well known, and many Western factories have successful implementation.

Often they fail and not because Chinese people cannot get a handle on six sigma thinking.

Hiring has never become data driven.  It even has no solid process. 20 years of pushing six sigma, and hiring is still done on a feeling.  AI is trying to take over hiring in the West as hiring is so bad there.  If managers were honest, they hire most people on gut feel. Where would six sigma be if we followed all the process but threw it out and bent the data when the guy who made them feel right walked in.  They gut the process without any guilt.   They hire the best at interview, but actually he is just great at the interview and politics.

What can we do? Everyone wants to take hiring in house as they are ‘experts’ on that as they have made some good hires and did not get fired for the bad hires.  They would not say they are expert welders after welding three things a year. However, they hire three people, and they are ‘expert’.  It is shocking to see.

We are open to 99.99 percent sometimes on quality, but in recruiting, hiring managers use batting terms like batting .400, so they fell like a superstar.   SHI Group consistently places great hires and too often sees them get fired 6 months or a year later by a higher leader that we did not place who should have been fired themselves.  Chaos reigns.

Chaos Does Not Have to Reign

We have the occasional company where we do all top hiring and peace reigns and people stay long term and do great work. It is not very common though. Companies will shoot themselves in the foot more often than not.

So even hiring us does not solve all issues as other leaders make too many gut feel hires that means politics reign. Our hires often self-select off team and leave the politicians to rule.  The recruiting process is broken. See also, Why New Employees Leave

Chinese Culture Has Gaps – So Great Hiring is Needed

Chinese people are wonderful and some of my best friends are Chinese. However, let’s talk about their behavior in HR and line leadership.

HR – We often connect with overseas HR managers, and they are usually professional and capable. They can understand the top line as well as the bottom line. Chinese HR managers are so different. Virtually all are about control and only see cost and never value. 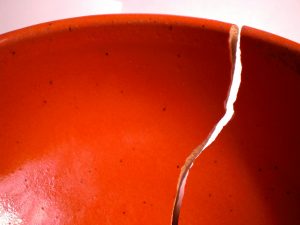 Which is to say that if we talk value with them, they blink and smile but do not understand or believe. They hire recruiters that they can beat up and order around. Many are the same with candidates as well. A certain number are even taking bribes in the hiring process.

Chinese HR and Global Are Different

Chinese HR and Global HR are amazingly different though often global HR cannot see how bad their Chinese HR is. It seems someone told HR they are a cost center, and thus they were ruined. Recruiting is a great source of value and should never be seen as a cost.   (See Recruitment Agency China)

Senior Line Managers – Chinese line managers commonly have low standards on quality and like to hire people who bow and scrape to them and are no threat. They also can be too cost focused as opposed to thinking value.

Western managers will say, “We have a quality crisis!”  The Chinese side will say. “It’s not so bad.”  Key point is they will not usually say “not so bad within hearing of the Westerners, but when the Westerners are not present, they are unchanged and think.  “It’s not too bad.”

Chinese managers in Western companies almost never hire anyone who can compare to them. They want to be the hero and hire hard working fearful peons.

Hiring an expat and checking closely is also super valuable to diffuse this problem.  Extra careful hiring of senior Chinese is another way. See Why We Do Background Checks.

From the Recruitment Process is Broken to Success

China is a complicated country that grew without us for several thousand years. We need to totally rethink and redesign. They are hard to understand and hard to hire well. Beware and call us. Finally, not having a Chinese HR manager is a great way to save money and uncap value.