Thoughts on Criticism in China 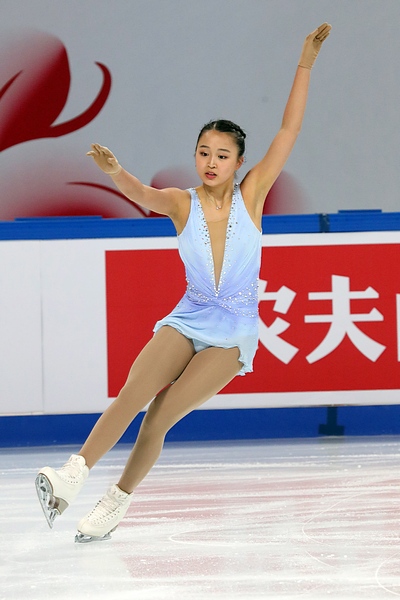 China is a great country I love. However, since I arrived in China in the 90’s and until now, China has problems with cover up and problems with criticism. Let’s look at the criticism in China.

Beverly Zhu is an American figure skater whose father is a famous artificial intelligence scientist working for China’s most famous colleges in Beijing. As such, she gave up her US passport in 2018 to join the Chinese figure skating team. She took the Chinese name Zhuyi.  Two other Chinese figure skaters were also good, but she got the nod to be their key skater. Then people started to say that she does not deserve to be on the team as only her famous father got her on. They further criticized her as she has sub-standard Chinese as grew up in California.

So when she took to the ice for her team at the Olympics, she felt a lot of pressure. Result is she fell twice and people immediately started a Zhuyi Has Fallen hashtag in Chinese and 200M people in a few hours jumped on her. Well, some people defended her, but the vast majority criticized her. They also said she was a baby as she cried when she fell.  The government closed down this hash tag and all discussion of Zhuyi as felt embarrassed that this was so public unlike family and school criticism. You cannot find any news of her in China now. No public discussion of this problem will occur, but Zhuyi is crushed.

Chinese children and Chinese workers get a ton of criticism in China. Thus, they are prone to give it out as well.  So most leaders in China are prone to use criticism as a primary weapon. They will then cover it up.

Criticism in China Turns Up Everywhere

I recently knew of a motherly type woman who was serving as the operations manager for a small Western factory. As soon as there was any pressure, she would start to berate her subordinate leaders. To meet her, you would never imagine, but all her direct reports know.

As you likely know, Chinese workers accept work on salary and more and more on company culture. You can be sure the main reason they leave is bad leaders. The good news is some people defended Zhuyi and there are leaders for you to hire in China who have overcome the criticism habit. The bad ones are hard to filter out, but we work hard to get the right leaders in this not easy environment.

As an aside, Eileen Gu has similar background to Zhuyi, but got a gold medal for China skiing.   She also works as model, brand ambassador, and speaks good Chinese. She is hailed all across China and termed the Snow Queen. Right wing news in the US criticized her as a traitor. They did not say this of Zhuyi. The US gets tons of brain drain from China each year which they do not mention.  China is growing and thus some people will make this change toward China like these two women did. It is natural.  So, America has its own problem with Nationalism and even criticism we see. This world has its issues unfortunately, but with right hiring, we can avoid hiring these critical leaders here in China. See also Comparison of China and America.