Three Keys to Success in China

The three points Davos discovered on success in China are worth looking at.

Davos in Holmes Report says Multinationals in China are failing due to three problems:

Given my deep experience and success here, I want to talk to each of these.

I agree in principle with one important caveat.    China is fast in decision making while the West is slow. China has lots of issues and cultural differences that means your method and process and even market are completely different.  Government relations are also different.   The HQ wanting to create a little brother copy is a problem because things are too different.  If you follow Davos, the Chinese GM ignores HQ and gets things done to succeed. That kind of GM usually will also secretly pocket a lot of your money.   Politics will run high, and you will be afraid of your own company.

The Westerner who follows HQ is a problem and will fail. The gap between HQ and China is too great. That is the problem. The GM either has to lie to HQ or ruin the China business by copying HQ or doing things that are understandable to HQ.  It is not if you have a Western or Chinese leader. The HQ needs to wake up and learn about China and see why it is growing and not just disdain China. The Headquarters should not spend a week or even a few months and say they know China.  The HQ needs to open its mind and pursue a bigger success in China. Then the GM role does not have to be schizophrenic. The right Chinese or Western leader, when thouroughly vetted, can serve as the bridge to make the whole thing run.

Know Who You Are or Else 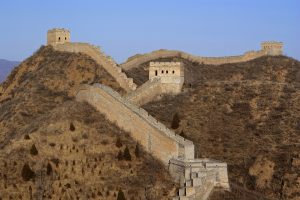 I think I have covered point 2 already.  Let me add that you need to know your values and who you are. Do not lose yourself here. Your values should be the same across the cultural divide. If you like honesty and straight talk, then find Chinese people like that. You might need some people who are more subtle for some issues in China, but the escpecially should share you values.

Then you are getting to where you need to be.

Are MNC’s Not Attractive to Chinese Employees?

It used to be that everyone wanted to work for the Westerners as they paid better, and they empowered. The best Chinese companies are getting that. However, the politics and eye glances at Chinese companies are deep water. We interview Chinese managers often who decided this Chinese company would be OK, and then regret to the depths of their soul, and tried to find a way to get back to a Western led company.

So your leadership needs to be even better, and your pay must be competitive, but many Chinese are glad to work for you.(See 11 Things You Need for Excellent Executive Search China) Let the politicians go to the Chinese companies. Those companies are OK with lots of politics and work with it. Despite the inefficiency, they are comfortable that way.  We can compete only by not losing our souls while loving different and new ways of doing things. They will compete by not paying benefits to workers and other such ways of saving money that you cannot touch.

Success in China is not too far off

You need great leadership and an open mind.  You need to know yourself. Then you need some Chinese people who can catch your values and show you the way to go with them. China is workable, and lots of MNC’s are succeeding here when they have a mature enough view of how to take it on.