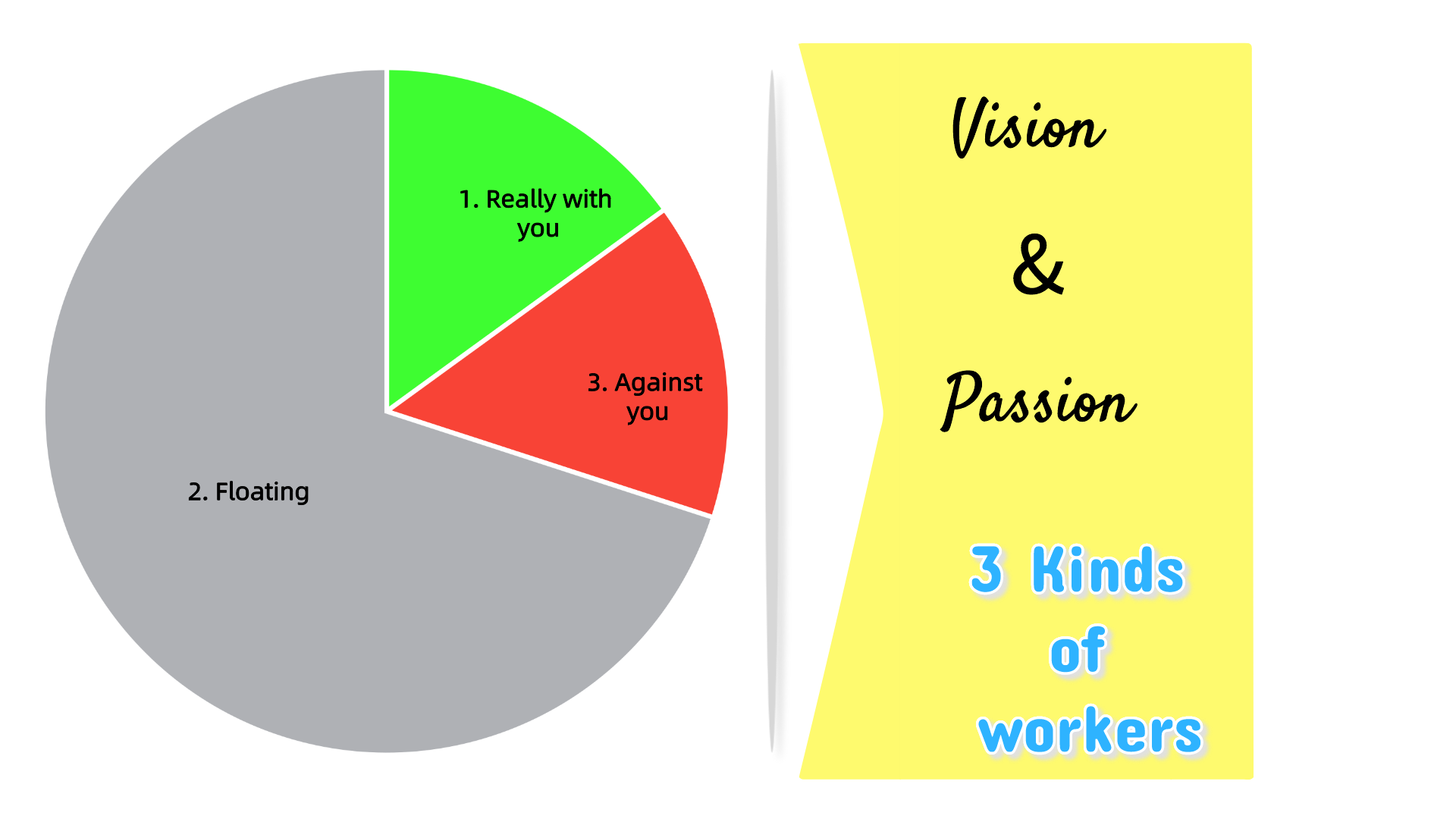 In your organization, you have three kinds of workers:

The first group may not have a lot of flash, but they are gold. They have caught your vision and have passion to make it work. They build teams and not cliques.  You can build a company as the percentage of people you have like this grows. Most companies have some people like this and often do not even know how valuable each is. See 11 Things You Need in Excellent Executive Search China.

The second group is usually the biggest group. These people are not pulling against your lead, but are also not passionately on your lead. They are punching a clock.  Over time, they can become group 1 or group 3 people depending on how you lead. Winning them is critical to the passion and vision success of your organization,

The third group has values and/or vision that are different than yours and going a different direction.

I see this again and again and usually the Western leader is not explicitly aware of the true impact. I know one company where a senior Chinese leader seemed committed to the company. In truth,  he put himself before the company. He secretly demanded personal loyalty from his workers and even protected bad managers who offered perfect loyalty to him above all. Everyone was using people inside and outside the business according to the example of this senior Chinese leader. This leader seemed invaluable to the business and they felt he earned them a lot of money each year. However, he also caused the culture to be an opaque business culture that attracted less upright workers.

The impact of this third group of people holds you back from greatness. They bind you to themselves while they pull against you each day. Any organization needs to identify these people and usually will need to plan to let them go. Many companies do not dare to let these people go as they make themselves appear invaluable. The business needs to face the loss and will find a better day once they let these ‘invaluable’ workers go. Actually the loss is never as great as leaders imagined.  Sometimes you can move these people from a path outside the values of the company.

Strengthen the hand of the first group at all times and gradually you can win the second group. Then you can unite the organization in one proper passion for the success of the company. Only consistency will win the passion of the second group. If you do not win their hearts, then they will be driven toward the various forces of people in the number three camp.

How would you see what you are facing in your workforce? Do you know which people are actually against you?