Train or Replace? Which is Better For Your Business? 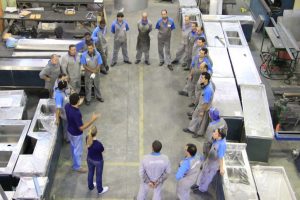 Have you heard the phrase:”Hire for character and train for skills”?   Let me explain what I have discovered on the problem of “Train or replace?”

I personally have trained and/or hired many hundreds of people in China with great success.   In training I have noticed a discernible gap in my success. When I train skills, things go well if I have teachable workers. When I train for character, I see virtually no change at all. The first gap in character is usually teachability.

If you hire a person who is teachable, then any efforts you make to train will be worth it. However, Many companies hire for skills and technology. They do not note a shortcoming in teachability and other character attributes.  Then, all their training to fix that problem proves to be a waste of time. Lack of character in any hire will lead to more politics and less efficient work. You can see teachability by noticing those who talk openly about their failures as have come to grips with them.  teachability’s near relative is transparency. If you find one, you may well find the other.

Train or Replace Solved by Knowing Who is Teachable

Manager not teachable? Likely someone to replace. Without teachability training has no real effect. The person is not open to being taught as feel they know all or lack respect for most teachers.   So take a look at all your managers.  Consider which is teachable and which is not.  Then you will know who to replace.  You are not going to change their character, and these managers are not going to align with your efforts in their heart.  So they will actually be working against you whether you can see it or not. Paying people to quietly work against you is madness,  They usually only use training to learn to hide their bad behavior.  Replace will help but only if you get the right person.