Fighting Back Against the Tyranny of the Manager 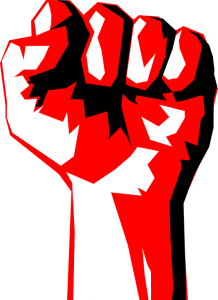 I have been writing about bad management for quite a few weeks now as it is so prevalent.  A few weeks ago I wrote about kiss up kick down managers and be sure this article is another installment on that theme. Tyranny of the manager occurs because these manager know how to get upper management to trust them. We can have one talk with these guys and nail them 75% of the time. You, however, will have a hard time as they will kiss up to you.

In China we commonly see these guys hiring weak subordinates as that makes them look good. Others work their team to death and the stars self select off the team before they are a threat. He gets some blood from them before they move on. These are not rare quantities. If you have 5 managers or have hired one manager in China, you probably have that guy working for you. They are ubiquitous in the workplace.

They bring sorrow and get rewarded by the boss. The boss sees them as irreplaceable. They cost the company money every day in the bad people they hire and the engagement their workers lack.  Yet, they get special protection and special rewards. No one’s word can stand up to them. Everyone lives in fear.

In China, the government protects workers better than we do in the US. If a worker works for you five years and you find out they are hurting you every day for 5 years. You also will know that you have to give them half a year’s pay as severance under the Chinese Labor Law. I know a company that did not fire their HR manager as she had worked for them 10 years, and they would owe her a year’s pay to let her go. So they do not fire her. She tyrannizes at will as knows they are afraid to fire her and she still can manipulate how top managers think. She hurts you every day she works yet you keep her to avoid paying the severance.  Her staff live in fear of her. As she is in charge of the people issue, many people will fear her and be nice to her out of fear. That is your inheritance.  Go find and get rid of those people

If you want to be sure to hire the right guy next time, take a look at this.