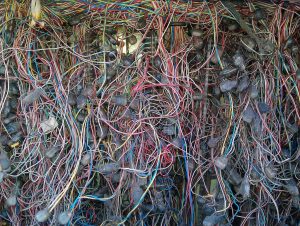 I have known Kent Kedl for a number of years and like his China business thinking. I ran across a video of his that China Business Review put up in December and wanted to write on it.   He talked about 5 challenges in China including reducing complexity in China. Listen, for 6 minutes well spent. See it here.

He mentioned that as consultants we want to reduce complexity for our clients. That is simple and well said.

I remember well the night in April of 1997 when I got the call to be named the start up GM for a Motorola supplier.  I was excited but then I could not sleep. Complexity, I imagined having 70 Chinese people working for me whose cultural habit was to often say yes when they mean no and no when they mean yes.

That struck me as a lot of complexity. I started solving that complexity by thinking through who I knew that I could trust. I went through so many faces and names in my mind. Suddenly, I recalled one Chinese guy I had met years before who had a yes that means yes. I hired him.  Together we worked to hire more people who could speak from their heart.

The start up was a huge success as real data could be gotten readily and with that great decisions came one after another. None of us had ever been on a team with so little politics. We each were changed by what happened among us. Great hires and great leadership became my hallmark and my baseline for reducing complexity remains that we throw out the bums who do not give straight answers. Then we hire people who can give real data from real work every day.

Yes there is yet more complexity, but great teams with the right people do not multiply complexity as everyone is on line with the dream of the team.

That led to a life of helping companies reduce complexity. They no longer need to wonder if this possible hire is trustworthy. We show them the proof.