Fear Nothing But Fearing the Wrong Thing in China 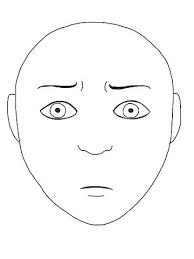 What makes you look this way for the wrong reason?

Ah yes, we should fear fearing the wrong thing in China.

Seriously, I see two fears and responses to such  that puzzle me.

1. Business leaders focus solely on technology in hiring workers because they fear not hiring technology/skill.

2. Business leaders put off big decisions because they are afraid to make a mistake.

Today, I will focus on the first problem.

I have never seen any company anywhere in China fail because they did not hire for technology. I have seen dozens fail for failure to focus on character in recruiting. So what should we fear?  We should fear deciding on technology.

OK, I have seen a company failing in technology.  However, it was because the bad apple they placed as a leader in China only hired weak people so they would look good. They failed to hire the leader on character, and it tubed their technological success in making great product. See also Seeing 20/20 in 2020.

Also, I see guys who say they can interview and get to the truth. They show up, chat, ask three questions and quit.  They do this for three candidates and then choose the one that feels right to them, which is the guy who is most like them. It really happens.  They really need to outsource to a group whose main focus is character. We should fear resume and interview hiring in our enterprise and that our people are hiring on this basis. I have also seen a top flight leader with no technology hire best in class people for a song because people wanted to come produce for him. His character won the technology war for them.