What Lie Do Candidates Make? 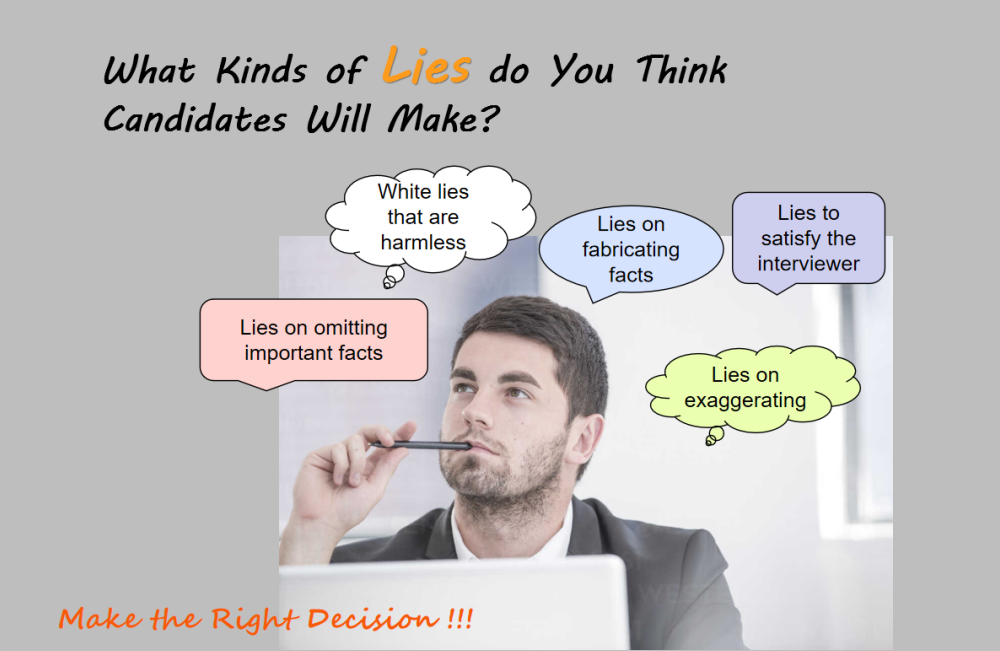 What lie do candidates make? People who lie on their resumes and in interviews do not do it randomly. People do it to cover up the very thing that you should know. They know they did something wrong, so they cover it up. They do it to make themselves look good in ways that make you want to hire them. You then pass up the honest hard-working guy as his resume does not look as good as the lie.

So, who have you hired? You have hired the person who gave you the best impression.  The hiring manager often passes on the one who does the best work.  Your company sends the candidate home who could be your rock star. You keep the one who can carefully steal from you without you knowing it.  Finally, you just wonder why your results are so weak.

It is really bazaar to think how things work in China recruiting. Consistently, the liar gets hired, and the honest person goes home.  Finally, the honest guy sees the only way to get hired is to lie, and he does. The result is that because he has crossed the river to lie to get the job that he will now lie on the job. You have corrupted a good worker and complicated your life.  Also read, Do We Make Candidates Lie?

What Lie Do Candidates Make? Seems They are Trained to Know

There must be a better way. There is. Send the manipulators and liars home with no job. Have them consider their ways and choose to quit being a liar and make the world a better place.

We had a guy who showed 5 years at his most recent job. Looked good, and he interviewed with great energy. The background check showed he left that company 4 years ago. We researched more and found he had been at 5 places in 5 years and got fired each time for angry outbursts.  The customer refused him and thus dodged a bullet.

After the client chose another who we found true, the angry candidate said he knew now that he had to face and overcome his anger problem. Hurray, the world got one step better.  Want to make your company better?

You may also like A Little Lie in China Tells You a Lot.