Why To Not Hire a Candidate in China 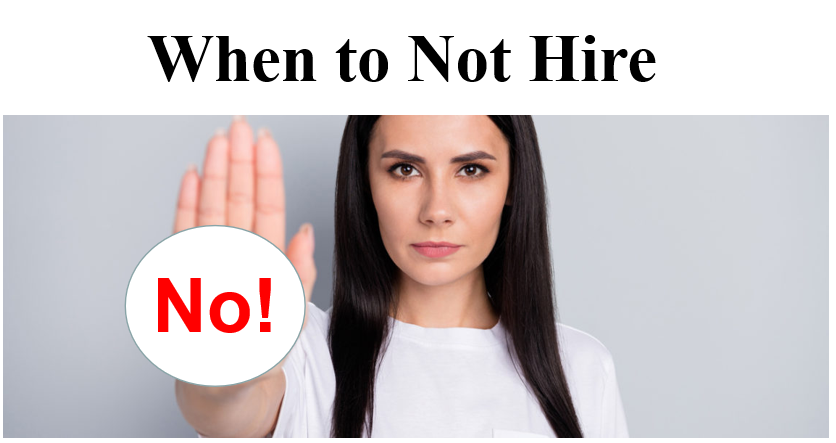 Seems we should talk through why to NOT hire a candidate.

Some uncommon reasons are: he dressed poorly, or did not listen enough.

We prove candidates falsify their resume.

We also kick them out if they covered up something.

SHI Group does have one caveat to this. We will often give a candidate a chance to repent and come clean after we have found a problem. It is exceedingly rare that candidates will come clean then. In one case, the guy confessed to falsifying a place that we had not yet discovered but refused to confess anything else. He had too big a secret there. Guys that do openly confess without us specifically telling then what to confess prove to be good hires.

The Reasons to Not Hire a Candidate Are Important

After we had kicked out a startingly large number of candidates for lying, we started to tell candidates at the very start of the recruiting process that we will do a deep background check. That did not lower the number we kick out at all. Liars are committed liars we found. Also read What Lie Do Candidates Make?

We refuse candidates who refuse to be background checked. That is rather uncommon, but does occur.

Our deep heart is we want people to turn from the dark side. We try to convince them at the start to update their resume. They rarely do. When they do, they often still are covering up something. It makes us sad to find out they still have something they refuse to talk about. It makes our work so much harder when they will not decide to live a better life. They see the cost to live by the truth is too high. We know our customers pay too high a price when these liars will not accept the price of coming clean.  See When Do We Trust in China Hiring?