You Need Real Candidate Data, So We Dig Deeper 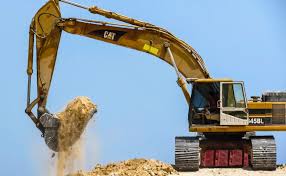 A while back we had a purchasing director candidate for a Western company. For us it was a standard reference check, but it had that result that always makes us shake our head.  You see the reference loved candidate, and that is where it got interesting. You see we always find real candidate data.

The former boss agreed to be a reference. Usually that means they like the candidate.

We get the boss on the line, and yes, he likes the candidate. He indicates this guy was good but he fought with HQ so when we downsized , we had to let him go.

We told him we heard that the automation BU had merged, so that initiated it. The boss said automation would never merge with another BU as too important to them.

Well, the candidate had told us he lost his job when that BU merged. Apparently the candidate do not feel comfortable with telling us the real story, so he made one up that sounded better.  The boss did not know, so he killed the guy he was trying to help.

That happens too often actually.

We are aware that most bosses will not give a reference unless they like the person. What no one gets is that we end up with two stories, and it is too common that they disagree on a point that shows that the candidate is lying to get the job offer. See also What about China Reference Checks?

The company was very sad to get this news, but also very happy to know this before they made an offer.   A bad hire with a guy who will not tell the uncomfortable truth would harm them too much.  That kind of hire would harm all of us too much. It is so hard to make good decisions even if you have all the facts. However, if you do not have all the facts, then you cannot make good decisions, and the results show that. Of course there is also fraud that sneaks in here as well. It pays to have us dig deep to get real candidate data. Oh, we also interview for 90 minutes with each candidate to set up the check. It takes a huge effort to get the real data, so no one chooses to touch us in this.