About the China Recruiting Blog

Welcome to the China Recruiting Blog

The China Recruiting Blog started as the China Business Leadership Blog Dec 2010. You can see blogs here all the way to that strong but tenuous start.  I write about a lot of issues as have a lot of experience since starting to work in China in 1991.

However, starting in 2013, and progressively, I started to write more and more about recruiting and less and less about other issues. I still write about China business leadership, but usually stay closer to people aspects and recruiting.

So we renamed the blog. but it is still the same writer, Jim Nelson.  You can search all the topics and over 600 posts. 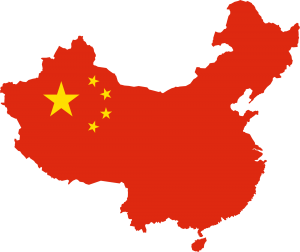 I seek to be informative and say the same things in many new ways.  Recruiting has details but the basic principles need to be drilled again and again until each of us get that Aha! moment.

I admit I also blog to make recruiting better.  I want the liars and cheats at home realizing they were wrong.  Further,  I want the hardworking truthful people all working in good businesses. We as recruiters even find great talent sitting at home and get them to work.

So I hope you find all the people insights you need on this blog and especially about guarding the gate 0f your company well.

SHI Group is my company, founded in 2009.  We survived without this blog for a year and a half before I started blogging in 2010.

My heart is strong to protect the little guy in each company. SHI Group does it each day by blogging to make recruiting of leaders go better.

Most Western recruiters in China are HR people turned Recruiter. Few Gm’d multiple operations before focusing on recruiting. My co worker, Paul Wang, also managed and had full P&L responsibility before coming to this work.  You can occasionally see his name or even his post in this blog, but his thinking with mine are always here. We are a close knit team.  Together, we lead this recruiting company of mine and put out this blog. Take a look at Chinese People are All Trained Politicians

I have been passionate about leadership since reading Matthew 20:25-28  with new eyes as a West Point Cadet.

Jesus called them together and said, “You know that the rulers of the Gentiles lord it over them, and their high officials exercise authority over them. Not so with you. Instead, whoever wants to become great among you must be your servant,  and whoever wants to be first must be your slave— just as the Son of Man did not come to be served, but to serve, and to give his life as a ransom for many.”

My destiny was to lead, and here, Jesus gave a powerful model. Jesus did not just follow people around like a paid servant. Jesus led on Earth like few people have. Yet, his purpose was to help us succeed. That was my breakthrough. A leader should facilitate the success of his workers. I then graduated from West Point, a place where we promised to not Lie Cheat or Steal nor tolerate those who do.   With that thinking, I facilitated the success of the Army Forward Observers and the Support Platoon soldiers I led to spot bombing targets and supply 450 soldiers.  The leader as facilitator model worked great in the US Army.

When I got to China in 1991, I realized that they had not used Servant Leadership but talked about it. Chinese Leaders sometimes told me they are the servant of the people, but those guys oppressed them in any way they could get away with. Business people worked to use their people and seemingly no one dreamed of facilitating their success.  The growing market system and opening dragged China forward despite the guys saying they were servants of the people when they were not.

In China, Yes Does Not Mean Yes

They said one thing but were another. I realized early on that a Chinese Yes often does not mean Yes, and a No does not mean No. China is more complicated than the US where Yes still means Yes in a lot of places. The good news was that by 1997, I had found one Chinese person whose Yes means Yes. I had just been named startup GM for a US supplier for Motorola.  I hired that guy.  He helped me discover many more. The startup was a fabulous success as we had little politics among us. I trusted them, and they trusted me and even better, they trusted each other. The scheduled 6 month startup was complete in 13 weeks, and we shipped Motorola qualified product to 4 continents.  That success made a big impact on all of us,

Wherever I worked from then on, I used this hiring thinking and developed it.    Further, I had very clear thinking on various models of leadership so could know the leaders we recruited. That model worked fabulously in factory work, consulting and even in non profits with Chinese and expatriate workers.

So from the 1997 success until now, I have been very interested in recruiting and developing thinking and process to match my interest.  Recruit the right people and lead them well is my life work. So I naturally write on this.

From 2006 to 2009, I worked for a US holding company that had a handful of factory and service companies in China. They were unethical and mismanaged, and I went around fixing them.  I fired the tricky leaders and the incompetent nice guys and found real leaders who could develop great teams and get real things done.  They all spoke a Yes that means Yes and transformation of troubled organizations occurred again and again. Not being one who could bear lying, cheating or stealing, I resigned from that corrupt holding company and started my own company in 2009. From Day 1, June 10, 2009, our Hallmark has been placing extraordinary people and otherwise improving people issues in companies we worked with to make things better. China business leadership in Western companies was getting better because of our work.

In December of 2010, I looked to start this Blog and am glad Word Press can give me a free easy to use platform

Welcome to the China Recruiting Blog