What country was famous for expanding its borders, bad quality, child labor, fake medicines, flagrant copyright infringement, copied products, pollution, having the 2d largest economy, and an immature view of blacks in 1908?  America. Who was growing at fabulous speeds at the same time? America.

China has all these today just like we did in 1908.  It is amazing how many similarities there are. America was isolationist and refused to join any international diplomatic agreements. America did jump into and out of Europe in World War I. China has done much better actually.

Woodrow Wilson forced Europe to start the League of Nations and make new and democratic countries.  Then America did not even join the League of Nations. It was highly irresponsible behavior on top of all our other failures listed above. America built the Empire State Building during this time as well. America further annexed Guam and Hawaii in 1998.

China 2018 Must Have Some Gaps

Why did America and China have so many similarities at a similar time in our development? Developing is not easy. The challenges in the culture and the investments needed are staggering. Questions like Child Labor got overlooked by us and by China. Who can manage competing to reach the top while spending so much money on pollution control? Gradually, America faced all these problems. China is managing them more and more.  The excitement of growing to be an important country is also intoxicating.  Both countries have shown limited expansion in a similar period. 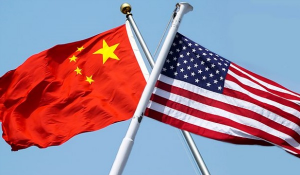 We should expect no different behavior from China than we Americans achieved 110 years ago in a similar cultural industrial development.  See also Chinese and English Speaking countries comparison

However, investing in America in 1908 was a good idea. It paid high dividends to people who understood despite the problems in the process.

The Chinese are wonderful people, and if treated well, will be great partners with the West. We should expect that they will have some gaps just as America had in 1908.