Apple in China and Engineering 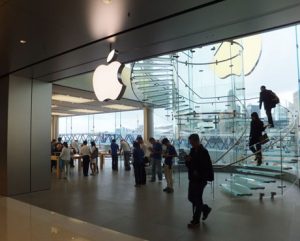 Coming to China for low cost is ending, but other reasons have a better future as David Barbosa says in the New York times article here.

“Another critical advantage for Apple was that China provided engineers at a scale the United States could not match. Apple’s executives had estimated that about 8,700 industrial engineers were needed to oversee and guide the 200,000 assembly-line workers eventually involved in manufacturing iPhones. The company’s analysts had forecast it would take as long as nine months to find that many qualified engineers in the United States.”

Diligence, when properly led, is a hallmark of the Chinese culture that has driven it past countries like The Philippines that were culturally closer to the West. It leads them to succeed in becoming engineers like we in the West often do not. Ethnically Chinese students often fill Western engineering programs.

Some Chinese engineering is more like drafting and best talent still takes a lot of work to find, but for the availability of engineers, China is a great place. Starting a design center here even on a small scale is smart. It can be a reason to come.