Are You Afraid Of What Your Chinese Workers Might Do? 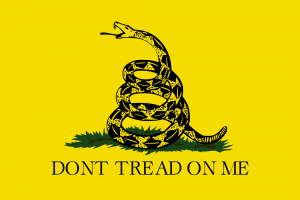 Don’t be used. You can escape. You can avoid.

It is altogether too common. Some Chinese workers will give you a big headache if you let them go.  So how should we look at this?

I knew a U.S. company that hired a woman recommended by their shifty old landlord.  Later they found out he had sent her as was being threatened by her husband.  When the factory had to close a few months later and they were trying to pay off all the workers.  This woman was the only one who would not accept the fair payment he was offering. She wanted five times more.

It was a huge headache that could have been avoided. If you have done anything illegal in China then you actually have something to fear. Employees own you then and not you employ them. Do all your hiring and benefits according to the law or you could lose control to your employees. If you covered that, let’s move on.

Hire us so we can use our rigorous recruiting process to make sure you get the right hires in management. We find you people who will be transparent and not try to gain leverage over you somehow.  Hiring on your own or HR thinking can be very risky.

Lessons learned are: They never should have invested and put their factory with that untrustworthy landlord to start.  Then they certainly should not have accepted someone from him as a favor without clearly checking her background.

Avoid hiring the wrong person.  Furthermore, see my post from last year about a Finance Director, as it shows how arbitration works uncomfortably when you let someone go.    We need to be careful about hiring people in China. It is often easier to hire than fire anywhere but more so in China due to low self esteem commonly found here and with the Chinese labor law which I mention in another post.  Also we can factor in the changing force of law in China and in different parts of China.

So the first step in avoiding being afraid of any employee is to have a clear method to ensure you do not hire those people that will make it so hard.  Due diligence is important anywhere in China, but surely in hiring,  That can be the first step to avoid stepping into trouble unawares.

Tomorrow,  I  will talk about what to do after you hire them and you are afraid for some reason.