Boggled in China – The NDA example 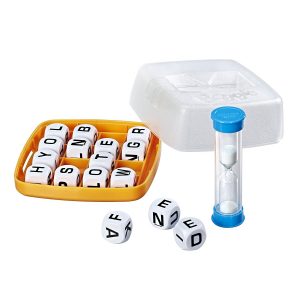 Do you get boggled in China?

My family recently bought the game called Boggle, and I have been boggling with my 10 year old for the last few days. Boggle uses our divergent thinking ability.   It is the ability to look at the same thing and see it in a different way.  In my childhood, I understood that most excellent US students like me had poor divergent thinking.  Of course, today I want to talk about being Boggled in China.

Boggled in China – The NDA Example to spur our thinking

The US standard NDA is a classic business example of this. It says you will not disclose this to anyone.  No one ever considered that their supplier in China would not disclose but would use to compete against them.  No one ever imagined that this guy’s business would sign to and not compete but his other family business would.  Chinese thinking is divergent in the sense that they are not stuck in the same rut of thinking that we are.  In China you need the NNN not the NDA.  Chinese people have an amazing ability to think how to get around the rules or beat the system. They love games where they need to beat the system actually.  It makes it hard for the Chinese government to manage China actually. From my early days in China I could see that almost anyone could be the US President and get along OK, but the President of China must be infinitely smart.  In the US, the government makes rules and people follow them.  In China, the government makes rules and no one follows them, but Chinese people rather find an infinite number of ways to get around them. It is no surprise that we can be boggled in China.

Divergent thinking people like Chinese people will help you if you hire one who will really put his energy to work for you and without getting you in legal trouble. That is also a risk as I have mentioned before.  Do not think of their divergent ability as a problem. It is simply a leadership challenge to manage.

The recruiting challenge is to hire divergent thinking Chinese people at the top who understand your thinking and will follow it rather than find an infinite number of ways to get their own advantage and not yours.  Those people are in the minority and very hard to filter to.  It is worth the effort though.  Divergent thinking to a good purpose is infinitely valuable. Further, such managers make sure you are not boggled in China. See also Starting a Business in China.