Why Do Business in China? 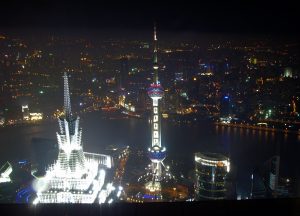 Business in China is changing as China matures and its economy transitions.  Chinese economic growth is slowing down, so people think China is no use considering the difficulties. So in any interview with Dan Harris of China Law Blog, we get his succinct and great answer.

LD: With all its challenges, why should small businesses do business in China at all?

DH: Because year in and year out, something like 90% of Western businesses operate profitably in China and because China has 1.3 billion people, most of whom are getting richer every year.

Business in China Gets Better and Better

B2B and B2C companies are all making inroads.  Every year millions of Chinese enter the middle class and start demanding Western things. It is a bonanza for us if we can master it. Sure the competition increases year by year as well. but the opportunity is great.

An article  in Wikipedia on The Middle Class had this to say.

It is also a period of rapid urbanization, when subsistence farmers abandon marginal farms to work in factories, resulting in a several-fold increase in their economic productivity before their wages catch up to international levels. That stage was reached in China some time between 1990 and 2005, when the middle class grew from 15% to 62% of the population.

62% of 1.3 Billion is 806 Million newly minted middle class by Chinese standards. That is a lot of people who are for the first time looking for Western quality over Chinese price.  This is not an opportunity to be passed up lightly.

China is inscrutable to us Westerners as they have 5000 years of history thinking completely separate from us. That does  not mean they do not want quality.  They love it and want it more and more, and we are just the ones who can provide it.

Do not smash yourself on the rocks of mediocre hiring in a land where good people can be found who can bring your business in China success.