China and Russia and Real Politik 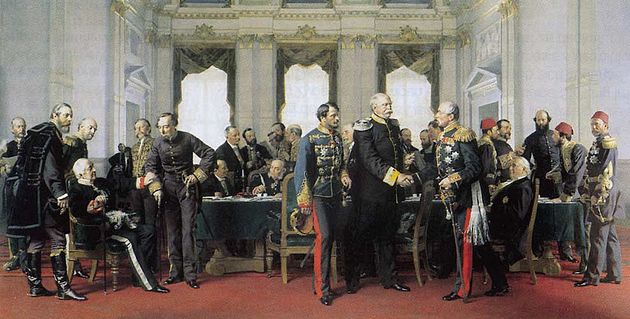 With both China and Russia as revisionary powers, Chinese Real Politik should be a term in use . China and Russia are using Real Politik, and the West needs to see it.  Take a look at this excellent 5 year old article from Foreign Policy of which I paste a small bit below.  5 years after they wrote it, they appear pretty insightful indeed.

Put another way, the liberal order that was born with the Soviet Union’s collapse rested on a fiction: that all nations were equal and submitted to the same rules because they reflected universal human values. In reality, of course, the rules were Western rules, and they were enforced largely by the United States, which was no one’s equal. Today, the fiction has been exposed, and the world order looks increasingly like the one that reigned during the 19th century. In this order, a small group of “great powers” sets the rules for their relations with each other and interacts under conditions of rough equality. Smaller countries survive by establishing client relationships with the great powers

China and Russia are Kicking Off a New Diplomatic Dance

Russian occupation of Ukraine and Chinese militarization of the South China Sea show the truth that the whole world is now in the 19 century and 4 great powers dance: China, Russia, United States and Europe.  India and Brazil are not yet in the game but perhaps could be.  Japan and Korea are with the US. The Middle East is unstable and nuclear armed. Africa is unstable and not nuclear armed.

Under such an arrangement, none of the great powers will bow to an international court. It does not serve their purpose. The arrangement is about power and prestige and not about morals and international law.

China is maturing fast and will be a skilled negotiator. Now they are rough on the edges, but they will utilize the Art of War and other strategies to spread the tent pegs as wide as possible. Europe and the US will seek to stem the tide.

China is no more selfish than the other great powers. Each is acting in its own selfish interest.

The US trumpets high morals but withdrew from obeying the International Court of Justice in 1986. We are no different than China or Russia there.

I think it is critical to hold to high morals but not forget that Real Politik is in play. China business will thrive in this period for the Western Powers as it did in 1878. The world while complex can be understood in the right paradigm.